Benkert spent the 2021 season with the Packers, after three years with the Falcons. He was signed just over one year ago to provide insurance with the future of Aaron Rodgers in doubt, and Jordan Love as the only other signal-caller on the roster. He made one regular season appearance, but with Rodgers now signed to an extension and Love still under contract for at least two more years, the team is less in need of the 26-year-old this year.

Hilliard’s ban comes as a result of PED usage (Twitter link via Paul Schwartz of the New York Post). The former UDFA tweeted an explanation, stating that he mistakenly took the wrong prescription medication, and that he will not appeal the suspension. The Ohio State alum played in two games with the Giants last season, logging 15 special teams snaps. This news will weaken what was already, as Schwartz notes, his tenuous grip on a 53-man roster spot.

Former Chiefs safety Ron Parker has formally announced his retirement from the NFL. Parker did not play in 2019, so the news doesn’t come as a huge surprise. 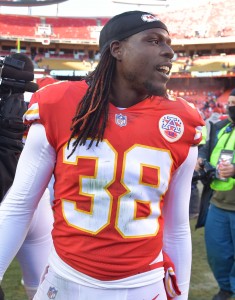 Parker first entered the league as a UDFA out of Division II Newbury College with the Seahawks in 2011. After stops with the Raiders and Panthers, he hooked on with the Chiefs in 2013, where he eventually cracked the starting lineup.

Parker went on to appear in 95 games for KC, including 78 starts. His best work came in 2015, when he notched five sacks and three interceptions as the Chiefs’ starting strong safety. All in all, Parker logged 104 games, 397 tackles, 11 interceptions, and eight sacks.

We here at PFR wish Parker the best in retirement.

With Jon Gruden and Mark Davis leading the charge to trade Khalil Mack — Reggie McKenzie‘s premier draft choice — it could signal a separation of the Raiders‘ power structure soon. Davis gave Gruden power via the 10-year, $100MM contract, but McKenzie’s remained in his GM role. That could change soon, with Jason La Canfora of CBS Sports expecting the Raiders to part ways with McKenzie and bring in one or two younger evaluators to work under Gruden as the franchise transitions to Las Vegas. Some around the league didn’t expect Gruden and McKenzie to coexist for long, and the Raiders making one of modern NFL history’s biggest trades could further drive the decision-makers apart. Gruden has also expressed doubt about McKenzie’s recent draft classes, and the transactions involving those players signal the new coach’s dissatisfaction with the classes.

Here’s the latest from the West divisions:

Chiefs To Bring Back Ron Parker

Ron Parker is set to return to the Chiefs after a few months away from Kansas City. The recently released safety will re-sign with the Chiefs, Terez Paylor of Yahoo.com reports (on Twitter).

The Chiefs released Parker in March after he’d played three seasons of a five-year, $30MM deal. It’s likely Kansas City can get back its longtime Eric Berry sidekick for less than what he was supposed to make on his previous Chiefs contract. The Falcons cut Parker this week after signing him late in the offseason.

Parker’s return comes for a Chiefs team that doesn’t have a surefire option opposite Berry. Projected starter Daniel Sorensen already underwent surgery for what could be a severe leg injury. He hasn’t been placed on IR yet but is not expected to return anytime soon.

The Chiefs deployed Parker as a starter for four seasons, first in 2014 as Berry’s replacement while he battled cancer and then as Berry’s complement. Parker is now 31 but is obviously familiar with fifth-year DC Bob Sutton‘s system and was durable for the Chiefs, playing in all 64 of their regular-season games the past four years.

Parker’s the second safety the Chiefs will have added in two days. K.C. acquired Jordan Lucas from the Dolphins as well, perhaps signalling Sorensen is, in fact, IR-bound.