A trio of Raiders defenders landed on the Physically Unable to Perform List today. The team announced that defensive tackle Johnathan Hankins, cornerback Trayvon Mullen Jr., and defensive tackle Bilal Nichols were all placed on PUP. 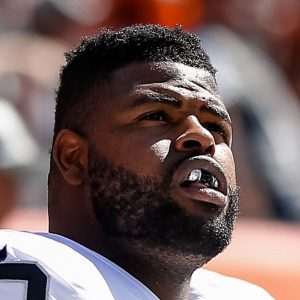 It’s uncertain what ailments the two defensive linemen are dealing with, but Mullen underwent foot surgery back in May, so it was always unlikely that he’d be ready to go for the start of training camp. If any of the players remain on PUP past August 23, they’ll be forced to miss the Raiders’ first four games of the 2022 season (a change from last year’s six-game rule).

The Raiders traded for Rock Ya-Sin and signed Anthony Averett earlier this offseaosn, so Mullen’s delayed start could cost him a starting gig. The former second-round pick has spent his entire three-year career with the Raiders, starting 31 of his 37 games. After starting all 16 games in 2020, the 24-year-old started each of his five games for the Raiders in 2021, finishing with 20 tackles, one interception, and four passes defended. He had two stints on the IR during the 2021 campaign.

Hankins and Nichols both missed a chunk of OTAs, but at the time, it was assumed the defensive tackles were healthy scratches. Instead, the two veterans will be limited to start training camp. Hankins started 14 games for the Raiders last season, collecting 38 tackles. Nichols signed a two-year deal with the Raiders this past offseason after spending the first four seasons of his career with the Bears. With the duo sidelined to start training camp, rookies like Neil Farrell Jr. and Matthew Butler could have a chance for extra reps.