Given a deal that was $10MM north of the previous NFL AAV record two summers ago, Patrick Mahomes has seen his $45MM-per-year pact fall to fourth. This offseason saw Aaron Rodgers surpass $50MM per year and Deshaun Watson‘s fully guaranteed $46MM-per-year pact lead to Kyler Murray signing for $46.1MM on average. Mahomes received the $45MM salary because he agreed to a 10-year extension, and the superstar Chiefs quarterback has said he is unconcerned about where is contract currently stands among QBs. But a source informed Pro Football Focus’ Doug Kyed the Chiefs could adjust his deal “sooner than later.” Mahomes, 26, has never been expected to play out his through-2031 contract. It will be passed many times between now and its expiration date. Lamar Jackson is almost certainly gunning for a deal north of that $45MM figure. It does not look like the Chiefs will be addressing the contract this year, but in addition to Jackson, Russell Wilson should be expected to pass Mahomes’ pact by 2023. Joe Burrow and Justin Herbert will also be extension-eligible in January.

A team agreeing to redo a player’s deal with so many years left on it stands to be an interesting contract chapter — one that may not be too far in the future — but Mahomes is rather important to this franchise’s prospects. Here is the latest from the AFC West:

With OTAs and mandatory minicamp finished across the league, organizations and media members alike have had the chance to break down some of the elements of the offseason which have stood out the most to them. In the case of the Broncos, 9News’ Mike Klis has detailed some of his key observations.

Among those is the plethora of variances in the team’s offensive line combinations during practices. Klis notes that the most commonly-used unit comprised Garett Bolles and Dalton Risner on the left side, with Lloyd Cushenberry III at center and Quinn Meinerz and Calvin Anderson occupying right guard and right tackle, respectively.

There are a number of other options being plugged into various positions, though. Included among those is Netane Muti, who has seen work with the other starters while filling in at both guard positions, as well as Graham Glasgow, who recently returned to practice to compete for a starting role. Lastly, Klis lists Billy Turner as a veteran who is “expected to play” somewhere along the o-line. The 30-year-old came back to the Broncos on a one-year, $5MM deal this offseason, but is also the linemen most experienced in working with new HC Nathaniel Hackett.

Here are a few other notes from that same Klis piece: 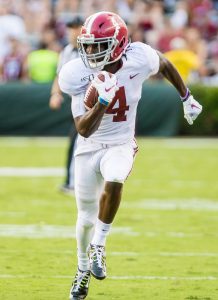