The Bengals have retained a depth piece of their secondary. The team announced the recent re-signing of cornerback Tre Flowers; Aaron Wilson of Pro Football Network adds that the deal is for one year and $1.85MM (Twitter link). 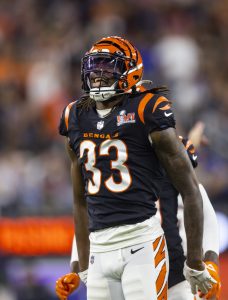 Flowers was a fifth-round pick of the Seahawks in 2018. He started 40 of 47 games in Seattle, totalling 196 tackles and three interceptions. His role was reduced in 2021, however, which signalled a departure in free agency was likely. He got a head start on that process when he asked for – and was granted – his release in October.

The Bengals claimed Flowers off waivers, adding the 26-year-old to their CB room. While he only registered one start in Cincinnati, he made 11 appearances in the regular season, and dressed for all four of the team’s playoff games. In his time with the Bengals, Flowers’ yards per completion against figure (9.6) was the lowest of his career, though he still received a PFF grade in line with his usual sub-par ratings.

Ahead of Flowers on the CB depth chart, the Bengals still have Chidobe Awuzie, Mike Hilton and Eli Apple. With Flowers back in the fold, though, they have experienced depth available at a low cost as they look to make another Super Bowl run.

The Bengals added a cornerback with extensive starting experience Thursday, doing so without giving up an asset. They claimed Tre Flowers off waivers. 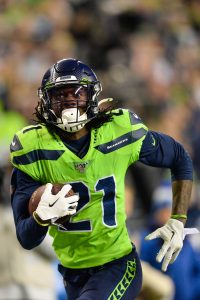 The Seahawks cut Flowers earlier this week, ending a three-plus-season tenure. That run included 40 starts, with three of those coming this season. Flowers fell out of favor with the team recently, being benched for Sidney Jones. Flowers will have the opportunity to rebuild his stock in Cincinnati.

Flowers’ rookie contract runs through the end of this season. The Bengals have considerable capital invested at corner, with veteran free agency additions Trae Waynes, Chidobe Awuzie and Mike Hilton on the team. Waynes, however, has been unable to stay healthy and is currently on IR with a hamstring injury.

When targeted in coverage the past two seasons, Flowers has struggled. Quarterbacks who threw Flowers’ way compiled a collective 78% completion rate in 2020 and a 77% success rate this season. Though, those coverage sample sizes were smaller compared to Flowers’ first two years, when he started a combined 30 games for the Seahawks in the wake of Richard Sherman‘s departure. As a full-time starter in 2019, Flowers allowed QBs to complete 60% of their passes when he was in coverage. Despite being targeted 101 times, the 6-foot-3 corner only gave up one touchdown in 2019.

Pete Carroll said Wednesday that Flowers did not request a Seattle departure, but the 12th-year Seahawks HC indicated it was time for a separation. Flowers will head to a Bengals team that, at 3-2, is off to its best start in three years.

The Seahawks are moving on from cornerback Tre Flowers, Ian Rapoport of NFL.com tweets. The fourth-year defender will land on waivers midway through his contract year.

This move comes at Flowers’ request, per Rapoport. The Seahawks stationed Flowers as a starter during the season’s first three games but relegated him to a special teams-only participant in Weeks 4 and 5. Flowers had been with the Seahawks since being drafted in the 2018 fifth round.

Despite being a Day 3 draftee, Flowers began his career as a full-time starter with Seattle. He and Shaquill Griffin lined up as the team’s primary first-string corners in 2018 and ’19. The Seahawks drafted Flowers shortly after releasing Richard Sherman. Flowers, however, lost his starting gig last year. He regained it in Week 1, months after the Seahawks let Griffin defect to the Jaguars in free agency.

Pro Football Focus has not viewed Flowers’ work in a favorable light since his rookie season, rating him outside the top 80 at cornerback in each of the ensuing three years. While this season still has a ways to go, Flowers not being able to crack a Seahawks rotation — during a season in which the team ranks last in total defense — has further reduced his stock. Flowers, 26, has not played a defensive snap since Week 3.

The Seahawks, who rank 30th in pass defense, moved Sidney Jones into their starting lineup in Week 4 opposite D.J. Reed. The team acquired Jones, a former Washington Husky, via trade from the Jaguars just before the season.

The Seahawks have officially signed fifth-round linebacker Shaquem Griffin and fifth-round defensive back Tre Flowers. With those moves, only defensive end Rasheem Green remains unsigned, as shown on PFR’s tracker.

Griffin was one of the most inspirational stories to come out of this year’s draft. The UCF product lost his left hand due to a rare condition but never gave up on his football dream. Last year, he was first-team all-American Athletic Conference as he notched 74 tackles (13.5 for loss), a team-high seven sacks, one interception, three pass breakups, and two forced fumbles. The Seahawks, who believe that he’ll make a fine weakside linebacker at the pro level, have paired him with his twin brother Shaquill Griffin, who plays cornerback for Seattle.

As shown on Roster Resource, the rookie linebacker projects to serve as the first outside linebacker off of the bench in support of starters Barkevious Mingo and K.J. Wright. Flowers, meanwhile, will move from safety to cornerback where he’ll fight for time in reserve alongside Dontae Johnson, Byron Maxwell, and others. Justin Coleman and Shaquill Griffin will be the team’s first-string corners.

To make room for the new additions, the Seahawks have waived defensive ends Marcell Frazier and Noble Nwachukwu. Seattle also confirmed the signings of wide receiver Keenan Reynolds and linebacker Dadi Nicolas, which were reported on Wednesday.