Following the trend we’ve been seeing the past couple of days, Cincinnati has joined the list of teams making the necessary roster moves for injured players. The team announced on Twitter that they are placing linebacker Joe Bachie, guard Alex Cappa, defensive end Khalid Kareem, running back Samaje Perine, and safety Brandon Wilson on the active/physically unable to perform list and offensive tackle La’el Collins on the active/non-football injury list. 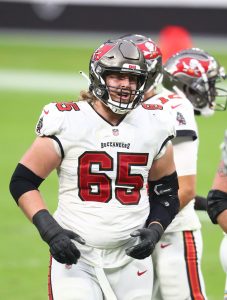 This announcement likely invokes mixed reactions for Bengals’ fans. While they’ll rejoice to see the names of only two expected starters on the lists, the fact that those two names belong on the offensive line may send shivers up their spines. Cappa and Collins are parts of a major rebuild on the offensive line after the Bengals allowed a record-tying seven sacks in a Super Bowl LVI loss to the Rams. The two were brought in, alongside center Ted Karras, to hold down the right side of the offensive line opposite Jackson Carman and Jonah Williams.

Cappa’s addition to the list isn’t too much of a surprise. The former Buccaneer was sidelined in late-May with a minor core injury. Known for his toughness, Cappa, who has played with a broken arm and attempted to stay in a game with a broken leg, was expected to make a return before training camp, but his placement on the list is likely just a cautious attempt to give Cappa a bit more time to recover.

The Collins news is slightly more concerning. Collins has a reputation for missing games. During his time in Dallas, Collins appeared in 74 regular season games while missing 39. He was placed on injured reserve before the start of the 2020 NFL season with the expectation he may return, but ended up sitting out the entire year. He had a healthy 2021 season, but still missed five games due to a suspension. Not much information was presented about his NFI-status, which may cause some worry for a player who has violated the league’s policy on substance abuse in the past. Regardless of speculation, the Bengals will have plenty of time before the season starts to get the situation straightened out.

Perine is probably the next biggest name on the list. No information is available as to the reason he is physically unable to perform. Perine served last season as a pass-catching option out of the backfield and the backup running back behind former Oklahoma teammate Joe Mixon. Perine will look to do more of the same, competing with last year’s sixth-round draft pick Chris Evans for receiving back duties upon his return.

Wilson is an interesting name on this list. His career with the Bengals has primarily been on special teams with Wilson serving as the Bengals’ main kick returner last season. But, as a backup safety, Wilson could see an increased role depending on the results of conversations with starting safety Jessie Bates III. If discussions with Bates go south and lead to a hold out, Wilson is the next man up to start alongside Vonn Bell in the defensive backfield. Wilson is coming off of a torn ACL suffered in early-November of last season, so his placement on the list is not unexpected, but does add a new wrinkle in developments concerning Bates’ contract.

Bachie and Kareem are both backup defenders who saw their roles change from their first seasons in the league to their second. After appearing in every game as a rookie, Kareem didn’t make his 2021 season-debut until Week 8 and performed in a limited role that was further limited by injuries near the end of the year. Bachie went from a reserve player on the Eagles as a rookie to a backup linebacker on the Bengals in Year 2. Bachie tore his ACL in mid-December last year and is an unsurprising addition to the list as he works his way back from the knee injury.

While the Bengals have some important role players on this list, there’s little need to worry at this point in time. As long as they come off of the list before the season starts, there will be no league-restrictions on their participation.