As the Rams continue to lose offensive linemen, they keep adding veterans. Ty Nsekhe is now on Los Angeles’ 53-man roster, agreeing to terms with the team Tuesday. The Rams signed Nsekhe off the Colts’ practice squad.

This marks a reunion for Nsekhe, who began his career in St. Louis 10 years ago. The Rams added Nsekhe as a waiver claim back in 2012 — GM Les Snead‘s first season running the team — after the Colts initially signed him as a UDFA. But the then-Missouri-stationed team moved on by 2013, sending Nsekhe on a lengthy odyssey as a backup/spot starter. 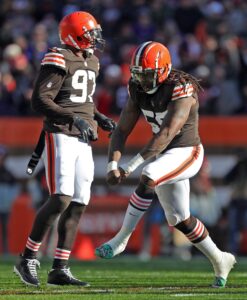 No one remains with the Rams from that 2012 team, with Johnny Hekker being released this offseason, but Nsekhe will join a squad that has added a few veterans up front in recent weeks. Oday Aboushi and Matt Skura are on Los Angeles’ active roster, having signed with the team in-season. Nsekhe’s addition comes after the Rams placed left tackle Joe Noteboom on IR; Noteboom suffered an Achilles tear in Week 6.

Nsekhe will turn 37 next week, separating him a bit from Aboushi and Skura, and has played 93 career games (17 starts). He spent time back with the Colts earlier this season, residing on Indianapolis’ practice squad, but did not see any game action. After his brief Rams stint, Nsekhe caught on with New Orleans, Washington, Buffalo and Dallas. He has not started a game since 2019 and has not logged more than one start in a season since 2018.

To run down the list of Rams O-line injuries, Noteboom joins starting left guard David Edwards and guard/center Coleman Shelton on IR. Guard fill-in Tremayne Anchrum, who was filling in as a starter after Brian Allen‘s Week 1 injury, is also on IR. Allen has not played since Week 1 but is expected to return after the team’s Week 7 bye. The Rams lost third-round rookie guard Logan Bruss to an ACL tear during the preseason.

In addition to the Noteboom and Nsekhe moves, the defending Super Bowl champions cut ties with Takkarist McKinley and placed cornerback Grant Haley on IR. They signed McKinley off the Titans’ practice squad last month. By rule, the Rams had to carry the veteran pass rusher on their active roster for at least three weeks, but that time has passed. McKinley saw only 11 defensive snaps with the Rams during his stay back in L.A. The UCLA alum passes straight through to free agency. Although McKinley has consistently generated interest, his stock has dipped considerably since the Falcons waived him late during the 2020 season.

The Rams are placing third-year wide receiver Van Jefferson on injured reserve as he continues to work his way back from offseason knee surgery that’s kept him mostly on the sideline. The move has raised questions as outsiders become less-and-less clear on the true status of Jefferson. 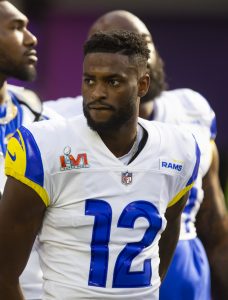 Jefferson had a breakout year during his sophomore season, starting every game while reeling in 50 passes for 802 yards and six touchdowns after only amassing 220 yards in his rookie year. Jefferson was second in receiving yards and touchdowns for the Super Bowl LVI champions.

The receiving corps has looked quite different to begin this year without four of last year’s six receivers. DeSean Jackson was released midseason last year by request, Robert Woods was traded to the Titans for a sixth-round pick, and Odell Beckham Jr. remains a free agent after tearing his ACL in the NFL’s season finale. With those three gone, Cooper Kupp, Jefferson, and Ben Skowronek were the only returning receivers from last year. Luckily for the Rams, Kupp, last year’s Offensive Player of the Year, has been his usual self, averaging 118 receiving yards per game in the first two weeks of the season.

The frustration from those following Jefferson’s injury stems from continuous statements from head coach Sean McVay that Jefferson has been “week-to-week” since the start of the season. This has kept optimism alive that Jefferson could return any week or game. But waiting until Week 3 of the season to place Jefferson on IR ensures that he will miss the next five weeks (four games and a bye week), dousing any lingering threads of weekly optimism. If Los Angeles had any idea that Jefferson would be out long-term, it could’ve placed Jefferson on IR far earlier, allowing him to come back as soon as he’s ready, as opposed to now being without their No. 2 wide receiver until the end of October.

In Jefferson’s absence, Stafford has relied on Kupp, tight end Tyler Higbee, free agent addition Allen Robinson, and Skowronek as his top targets. They haven’t been utilized much, but Brandon Powell, Tutu Atwell, and undrafted rookie Lance McCutcheon have served as backup receivers so far this year. 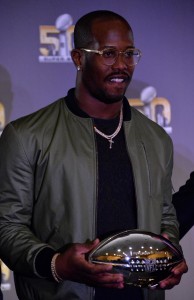