Before their reported signing of cornerback Stephon Gilmore, the Colts held a visit with another free agent defensive back. Indianapolis met with safety Darian Thompson yesterday, per NFL Network’s Mike Garafolo (Twitter link). 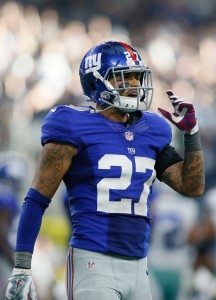 Thompson was a third-round pick of the Giants in 2016. He lost most of his rookie season due to injury, but played (and started) all 16 games the following year. His level of play in 2017, coupled with another offseason injury, though, cut his tenure in New York short.

That led him to the Cowboys in 2018 after a brief stint on the Cardinals’ practice squad. While his time in Dallas was marked by an increased usage on special teams, he did see significant defensive playing time in 2019 and 2020. Those seasons continued his poor ratings in terms of PFF grades, meaning it didn’t come as a surprise that Dallas declined to re-sign him.

In Indianapolis, the Boise St. alum would add depth to a secondary which has seen a fair amount of change this offseason. More specifically, he would join a safety room already featuring Julian Blackmon and recent signee Rodney McLeod; the team could also re-sign Andrew Sendejo. While the Gilmore signing will eat into the Colts’ remaining cap space, they should comfortably be able to afford Thompson, should they choose to add him.