After a year in which he only played eight special teams snaps, free agent safety Kavon Frazier is retiring from the NFL in order to pursue his interests in business. The announcement was posted to his Twitter account this evening. 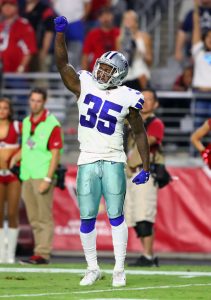 Frazier’s retirement comes after only six years in the league. A three-year starter at Central Michigan, Frazier was picked by the Cowboys in the sixth round of the 2016 NFL Draft. He made an immediate impact as a rookie on special teams. He continued to be a core special teamer later into his time in Dallas, but started to earn some snaps as a backup safety, as well. When starter Xavier Woods was injured to start the 2018 season, Frazier earned the first two starts of his career. Overall with the Cowboys, Frazier totaled 67 tackles, 4.0 tackles for loss, a sack, a quarterback hit, a forced fumble, and a pass defensed.

Frazier’s final year in Dallas saw him placed on injured reserve after four games with a pectoral injury. When Dallas didn’t re-sign him, Frazier signed with the Dolphins. He appeared in 15 games for Miami, primarily on special teams. He signed with the Bengals in the following offseason but was released before the season began. In December of last year, Frazier signed to the Raiders’ practice squad, playing his eight snaps in a Week 16 game against the Broncos. He signed a reserve/future contract with Las Vegas, but was released just under two months later.

In his announcement, Frazier expresses his desires to excel as an entrepreneur. He cites how he started a business called Built 4 It Athletics when he was recovering from his pectoral injury and acquired another business called APEC this past January. He has an interest in “starting an investment firm called Athlete Investment Academy,” which he plans to use “to change the stigma around athletes and their financial issues.”

Frazier is surely retiring from football at a young age, but the 27-year-old has many plans post-football for his family and career. He is driving to make sure that, when it’s all said and done, he won’t be identified solely by his time in the NFL. Good luck to him on all his future endeavors.

The Bengals have signed Kavon Frazier, per a club announcement. Terms of the deal were not disclosed, but it’s likely a one-year deal for the former Cowboys and Dolphins safety.

Frazier came into the league as a sixth-round pick of the Cowboys. He played in 44 games with Dallas, starting two. The Central Michigan product primarily functioned as a special teams player during his time in Texas — ditto for his 2020 with the Dolphins. Still, Frazier accomplished his No. 1 goal of showing that he can stay healthy for a full season. Most of his 2019 was lost to injury, but Frazier suited up for 15 of the Dolphins’ regular season games.

Now, he’ll look to stick in Cincy and join fellow newcomers in the Bengals’ secondary, including Mike Hilton, Chidobe Awuzie, and Ricardo Allen.

The trade market’s heating up as teams configure their 53-man rosters, and one team isn’t making it a secret it’s seeking upgrades. 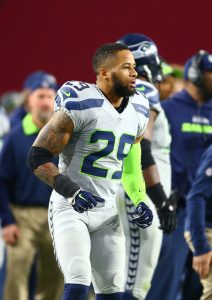 Cowboys executive vice president Stephen Jones said Wednesday the team is exploring additions to bolster their safety and offensive line spots. Specifically, Jones said the Cowboys want to fortify their interior offensive front, which suffered a critical setback when Travis Frederick was diagnosed with Guillain-Barre disease. Joe Looney resides as the Dallas starting center now, and the Cowboys either want depth behind him or competition.

“We feel good about Joe,” Jones said, via Kate Hairopoulos of the Dallas Morning News. “I think we do, I think the personnel group does. The coaches do. And more importantly I think Dak [Prescott] really feels good working with him. At the same time we’re not naive. We’re certainly looking for interior offensive linemen as well as the safety position. It’s no secret. If we can find something that makes sense, we want to improve our football team.”

Frederick is a short-term IR candidate to open the season, but that might not be necessary. The Cowboys are optimistic the All-Pro snapper may recover in weeks rather than months.

The Cowboys already added a safety to their roster in former Kris Richard Seahawks pupil Jeron Johnson, but he’s only played four games since the 2015 season and is in Dallas for depth purposes. Xavier Woods remains out, as does his replacement, Kavon Frazier. However, the Cowboys are hopeful Frazier will be sufficiently recovered from his shoulder malady to play in Week 1.

As for the obvious safety upgrade, Jones said the Cowboys have not discussed Earl Thomas with the Seahawks “lately.” Thomas remains a holdout, and nothing of note’s transpired regarding his Seattle situation in weeks.