The Titans’ defensive line played a significant role in the unit’s 2021 success, and the top of the depth chart is relatively settled heading into this season. One starting spot is up for grabs, though, and the team has a number of depth options to consider during training camp.

Terry McCormick of TitansInsider.com notes that Jeffery Simmons is set to once again anchor the team’s d-line. He enjoyed a breakout campaign in 2021 with 8.5 sacks, earning him a Pro Bowl nod and Second-Team All-Pro honors. The Mississippi State product will be 25 this season, making him a prime candidate for the team to make a long-term commitment to sometime in the near future.

Another first-team role will belong to Denico Autry. The veteran’s first year in Tennessee was one of the most productive of his career. He matched a personal best with nine sacks and set a new mark with 18 QB hits, leading to optimism for the remaining two seasons of the deal he signed with the Titans last offseason. Who will join Simmons and Autry as a starter remains to be seen, though.

McCormick writes that former UDFAs Teair Tart and Naquan Jones are the likeliest candidates for that spot. Tart registered 10 starts in 2021, seeing a defensive snap share of nearly 50% along the way. Jones, meanwhile, offered more pass-rushing potential with 2.5 sacks as a rookie; he is also a player the Titans “are high on” to take a step forward in 2022. The rest of the position group is set to be rounded out by some combination of former Lions Da’Shawn Hand and Kevin Strong, and free agent signee DeMarcus Walker.

One interesting name in this positional competition is Larrell Murchison. A 2020 fifth-rounder, the NC State alum has yet to claim a full-time starting role, and has totalled just 13 tackles so far in the NFL. Considering the talent and depth ahead of him, McCormick points out that Murchison’s roster spot could be “in jeopardy.” How the depth chart shakes out will depend on his training camp performance, and those of several intriguing options the Titans have at the position.

DeMarcus Walker‘s partial tour through the AFC South will lead to a Titans agreement. The sixth-year veteran defensive lineman, who met with the Colts and Titans recently, will latch on with the latter, according to his agent (Twitter link). 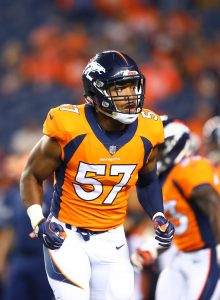 A former second-round pick, Walker spent last season in the AFC South as well. The Texans used the Florida State alum as a rotational defensive lineman. He will continue to work in a 3-4 scheme, transitioning from the one in Denver to Houston and now Tennessee.

While the Broncos tried the ex-Seminoles defensive lineman as an outside linebacker during his rookie year, he fared better at his natural interior defender position. Walker started slow but compiled eight sacks and 10 tackles for loss from 2019-20. The Broncos did not opt to re-sign him, as they transitioned from the John Elway regime to current GM George Paton, and Walker landed with the Texans on a one-year deal worth $1.5MM.

This Titans pact likely comes in at a similar price. Tennessee returns starters Jeffery Simmons, Denico Autry and Teair Tart up front. Walker will look to position himself as one of Simmons and Autry’s D-end backups. Tennessee did not draft a defensive lineman this year, increasing the need for depth here.

DeMarcus Walker is starting to generate some interest around the NFL. According to Aaron Wilson of ProFootballNetwork.com (on Twitter), the veteran defensive lineman visited the Colts today and will meet with the Titans tomorrow. 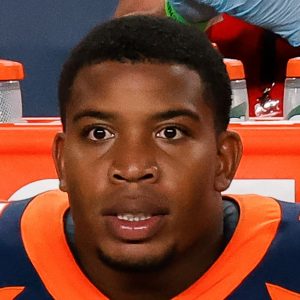 Walker was a second-round pick by the Broncos back in 2017, but he mostly disappointed during his four years in Denver. To his credit, he improved a bit following rookie and sophomore seasons where he collected only 11 tackles and two sacks in 13 games. Between 2019 and 2020, Walker got into 23 games (five starts), collecting 40 tackles and 8.5 sacks.

That two-year stretch earned him a contract from the Texans last offseason. During his lone season in Houston, the 27-year-old collected a career-high 31 tackles to go along with two sacks, seven QB hits, and one forced fumble in 13 games (two starts). He had a stint on injured reserve in December while recovering from a hamstring injury.

Walker has spent some time at outside linebacker, but he’s done his best work as a 3-4 defensive end. That versatility probably played a role in him getting a pair of auditions this week.

The Texans have signed a slew of midlevel veterans on low-cost deals. They met with another potential candidate for such an agreement Thursday, bringing in defensive lineman DeMarcus Walker, Field Yates of ESPN.com tweets.

A former second-round pick, Walker played a rotational role in four Denver seasons. After the Broncos asked the interior D-lineman to work as an outside linebacker as a rookie, Walker settled into a spot as an off-the-bench lineman in the team’s 3-4 defense. He is coming off a 4.5-sack season.

The Florida State product has recorded 8.5 sacks over the past two years, doing so after compiling just two in scant work in the two seasons before Vic Fangio‘s arrival. Although Walker missed three games last season, his 35% snap rate was by far a career high. The Broncos, however, opted to re-sign Shelby Harris and add ex-Vikings D-lineman Shamar Stephen this offseason.

Houston GM Nick Caserio has been busy — beyond navigating multiple Deshaun Watson issues. The Texans, who released J.J. Watt after 10 seasons, have signed Maliek Collins and Derek Rivers up front this offseason. Walker would profile as another low-cost signing, should he join the brigade of free agents — a list that includes ex-Broncos teammate Phillip Lindsay — to join the Texans.