Injury And Fit Issues Cause Two Young Players To Retire

Two 25-year-old players were moved to the reserve/retired list today. The Lions tweeted out that nose tackle John Penisini would retire and Patriots wide receiver Malcolm Perry‘s retirement was reported by ESPN’s Mike Reiss. A combination of injury trouble and issues with current team-fit precipitated both moves. 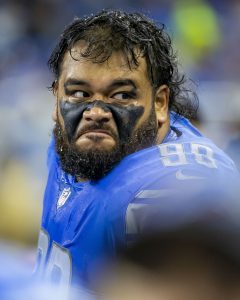 Penisini was drafted in the sixth round of the 2020 NFL Draft with the intention for him to play a zero-technique position in former head coach Matt Patricia‘s defensive scheme. After starting in 12 games as a rookie, Penisini struggled to find a productive role in new defensive coordinator Aaron Glenn‘s defense, which asked for more attacking out of the defensive line. Penisini also dealt with a serious injury in the offseason between coordinators that didn’t help the transition.

“(Penisini) had what looked like softballs in his shoulder that he had repaired after the season,” head coach Dan Campbell explained to SB Nation’s Jeremy Reisman. “It just looked like a bunch of calcium deposits that had been in there. You wonder when you watch the film last year why he’s not using his arm. It’s because he had issues. It’s a credit to him playing through it.”

Perry was drafted 49 picks after Penisini in the seventh round after receiving approval from the United State Marine Corps to defer his mandatory five year service commitment in order to play in the NFL. The four-year quarterback for the Midshipmen switched positions to wide receiver in order to give himself the best opportunity to play at the next level.

As a rookie, Perry made his first of two starts in a Week 8 game against the Rams. In nine games, Perry caught 9 passes for 92 yards and a touchdown. Before last season, the Dolphins waived Perry as they trimmed their roster to 53 players, hoping to sign him to the practice squad. Unfortunately for Miami, New England claimed Perry. Unfortunately for New England, Perry suffered a foot injury that would land him on the injured reserve and, eventually, see him released. Perry would spend most of the rest of the year on the Saints’ practice squad and, upon the conclusion of the season, signed a reserve/future contract with the Patriots.

Penisini had not reported to Detroit’s minicamp, but the team, reportedly, knew of his situation and gave him the opportunity to announce his retirement on his own terms. Perry was facing an uphill battle to make the Patriots’ roster. Whether it was a factor in his decision or not, Perry is set to return to the Navy to begin his service commitment, according to Doug Kyed of Pro Football Focus.

This has been a busy day for the kicker position, with Folk’s promotion following AFC South callups — Joey Slye (Texans) and Michael Badgley (Titans). But Folk will give the Pats two active-roster kickers. Quinn Nordin remains on New England’s roster. Barring an IR move, the rookie would need to pass through waivers in order to be shuttled down to the practice squad.

The Pats used Folk as their kicker throughout last season and in seven games in 2019. Arriving after Stephen Gostkowski‘s injury ended his 14-year tenure as New England’s kicker, Folk delivered a strong 2020 season by making 92.9% of his field goal attempts. This will be Folk’s 14th NFL season. Because he and Hoyer are elevations and not promotions, neither’s salary is guaranteed for the full season.

Following the Patriots’ release of Cam Newton, Hoyer was set to be Mac Jones‘ backup. The team cut Hoyer recently but re-signed him on a practice squad deal. Hoyer’s promotion has been a formality for a bit. The veteran passer is now on his third stint with the Patriots and will be tasked with mentoring a promising rookie. Jones and Hoyer are the only QBs on the Pats’ active roster. Jarrett Stidham is on the team’s reserve/PUP list, which will keep him off the roster for at least six games.

The Dolphins have signed seventh-round pick Malcolm Perry, as Field Yates of ESPN.com tweets. The fleet-footed quarterback out of Navy is expected to play running back as a pro. 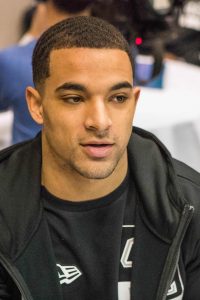 Last year, Perry racked up 2,017 yards for the Midshipmen, who run a variation of the triple-option. He was listed as a QB, but Perry only threw for ~1,000 yards in 2019 while spending a good chunk of snaps in the “A-back position” – in essence, that means lining up as a running back.

Perry’s versatility should come in handy for the Dolphins, though they’ll have to carve out practice reps as a receiver. The feeling is that Perry’s athleticism will lend itself well to WR assignments, but he had just 22 catches in college and zero receptions last year.

The Dolphins have now inked the majority of their gargangtuan draft class. Here’s the full rundown, via PFR’s tracker: