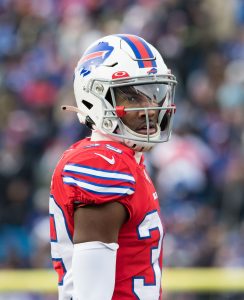 Josh Norman‘s Bills tenure will not include game action for a while. The team placed the veteran cornerback on IR Saturday.

Norman was already set to miss Week 1 with a hamstring injury. He will now be forced to miss at least two more games. The COVID-19 pandemic prompted the NFL to further alter its IR rule. Teams can activate an unlimited number of players from IR after three weeks, rather than the usual eight.

Buffalo signed Norman to a one-year, $6MM deal in March. Norman did not fare especially well for most of his four-year Washington tenure, but a Bills stay means a return to work with his former defensive coordinator in Sean McDermott. Those plans are now on hold.