As mentioned as a possibility last night, the Packers made an addition to their PUP list today, placing star left tackle David Bakhtiari on the list after not including him in their first moves last night, according to ESPN’s Field Yates.

Bakhtiari missed all but one game last season as he recovered from an ACL tear that he suffered in Week 16 of the 2020 NFL season. He spent most of 2021 rehabilitating before finally making his season-debut in a Week 18 game that had no bearing on the team’s playoff positioning. He was inactive for Green Bay’s playoff loss to San Francisco.

Reiterating what was said yesterday, there is no need for Packers fans to fret quite yet. This is a natural process for NFL teams, especially concerning players returning from a major injury. As long as Bakhtiari comes off the PUP list in the preseason, he should have no restrictions going into regular season play.

As many teams are making necessary adjustments to their injury lists, the Packers joined in today, adding twelve players overall, nine to the physically unable to perform list and three to the non-football injury list, according to ESPN’s Rob Demovsky. 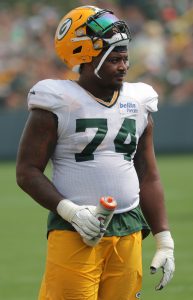 The biggest surprise on the list was rookie second-round pick Christian Watson. An injury has not been disclosed for the wide receiver, who recently signed his rookie contract. Similarly, undrafted rookie defensive tackle Hauati Pututau was placed on the list for an undisclosed reason.

Four players placed on the PUP list were expected, as they are returning from major injuries. Tight end Robert Tonyan missed half of last season after tearing his ACL in late-October. The same game saw then-rookie running back Kylin Hill suffer a season-ending knee injury. Shortly after, tackle Elgton Jenkins tore his ACL, as well, ending his season after only eight starts. Linebacker Randy Ramsey also suffered an season-ending injury before the season even began after serving in 2020 as a core special teamer.

The three remaining players, kicker Mason Crosby, defensive lineman Dean Lowry, and running back Patrick Taylor, were all placed on the list with no information as to what has put them there.

That’s five expected starters, Watson, Tonyan, Jenkins, Lowry, and Crosby, on the PUP. Packers’ fans will be relieved not to see left tackle David Bakhtiari placed on the PUP list a year after missing all but one game last year recovering from an ACL tear suffered in late-2020.

While the number of players on the list may be alarming, there’s little to worry about as of right now for these Packers. As long as they come off of the list before the season starts, there will be no league-restrictions on their participation.

The Packers have made a number of changes to their edge rush group this offseason, but another addition may be in the cards. The team “might be looking for upgrades” at the position, according to ESPN’s Rob Demovsky. 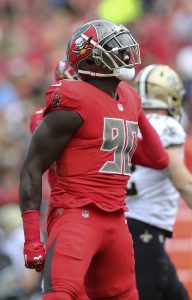 Green Bay lost Za’Darius Smith in free agency to the Ravens, it appeared at first, but he ultimately signed with the Vikings. With the two-time Pro Bowler gone, it became increasingly important that the Packers had re-signed fellow veteran pass rusher Preston Smith at the onset of free agency.

The latter is set to maintain his starting role in 2022. He will be paired with 2019 first-rounder Rashan Gary, who took a significant step forward last season. While that tandem should be in line to replicate their playing time and production from 2021, depth has been a talking point throughout the offseason.

To little surprise, Green Bay added Kingsley Enagbare in the fifth round of the draft to help address that need. The South Carolina product never had more than six sacks in a single college season, but he is listed in Demovsky’s projected depth chart as the No. 3 edge rusher on the roster. Another name included is that of Randy Ramsey, who played almost exclusively on special teams in 2020 as a rookie, and missed the entire 2021 campaign due to an ankle injury.

With very little experience behind Smith and Gary, a veteran signing would make plenty of sense. Some of the top free agents still available include Jason Pierre-Paul, Trey Flowers and, depending on the outcome regarding his UFA tender, Justin Houston. Green Bay currently ranks in the top-10 in the league in cap space, so a short-term, low-cost addition would also be financially feasible. Whether they choose to make one in the coming days or weeks could be one of the most important roster decisions still facing the team.