The cornerback position group in Seattle is one of the more intriguing in the NFL this year. The Seahawks look to put together a formidable group of corners with last year’s trade acquisition, a veteran attempting a comeback, and two mid-round rookies. 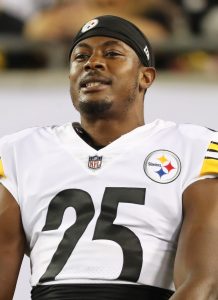 With D.J. Reed leaving for the Jets, Tre Flowers to the Bengals, and Bless Austin in Denver, the Seahawks return only three cornerbacks who started games in 2021 for the team: Sidney Jones, Tre Brown, and John Reid. To fill out the roster, Seattle brought in Artie Burns as a free agent and drafted Cincinnati’s Coby Bryant and Texas-San Antonio’s Tariq Woolen in back-to-back rounds.

Jones was a second-round pick out of Washington back in 2017 for Philadelphia. He only appeared in one game of his rookie season due to an Achilles injury, but received a Super Bowl ring as a member of the Eagles. A nagging hamstring injury kept him from consistently contributing during his sophomore season, but he was able to start four games that year for Philadelphia. An injury to starter Ronald Darby gave Jones an opportunity in Year 3, but another hamstring injury sidelined him and Jones was cut just prior to the 2020 season having only started eight games for the Eagles.

Jones signed with Jacksonville and started six games for the Jaguars, but, once again, injuries held him out of multiple games. The Jaguars extended his contract in March 2021 just to trade Jones five month later to the Seahawks. In Seattle, Jones finally found himself healthy, appearing in all but one game and starting 11. Jones is currently taking some time off the field after sustaining a concussion in practice, but he is is expected to return to a starting role in 2022.

Burns is the other cornerback running with the ones this offseason. Burns is a former first-round pick that many in Pittsburgh will regard as a bit of a disappointment. Burns started his career in Pittsburgh as the No. 3 cornerback behind William Gay and Ross Cockrell. He eventually replaced fellow rookie Sean Davis as the starting nickelback and, in his first career start, picked off Joe Flacco for the Steelers’ first interception by a defensive back that season. Burns was a full-time starter in his second season before losing playing time to Davis, Coty Sensabaugh, Mike Hilton, and Cameron Sutton over the next two years. Pittsburgh declined Burns’ fifth-year option and allowed him to walk in free agency.

Burns signed with the Bears but was carted off the practice field with a torn ACL weeks before the season started. He re-signed with the Bears and, after getting small morsels of special teams snaps in the team’s first 10 games, Burns started six of Chicago’s final seven games last season. Following the dismantling of the Bears’ coaching staff after the 2021 season, Burns followed former Bears defensive coordinator Sean Desai to Seattle, where Desai would take the role of associate head coach/defensive assistant. Seattle seemed to notice how Burns was progressing in Desai’s defense and decided that bringing him in could certainly benefit the Seahawks secondary.

“We still feel like he is an ascending player and, sure enough, he has familiarity with the scheme from being in Chicago last year,” defensive coordinator Clint Hurtt said, via Bob Condotta of the Seattle Times. “You’ve seen that benefit pay off since he has been here. He has great command, helps out the young guys.”

Although Jones and Burns will slot in as the starters going into the season, Burns’ influence on “the young guys” is crucial as first- and second-year players fill out the depth chart just behind them. Brown is entering his second season out of Oklahoma. Brown’s rookie season saw two separate stints on injured reserve, but he started three of the five games he appeared in. Add to the roster the two rookies, Bryant and Woolen. Bryant was a playmaker for the Bearcats en route to winning last year’s Jim Thorpe Award for the best defensive back in college football. Woolen made the switch from wide receiver to cornerback while with the Roadrunners. He put together a productive college career but really shot up draft boards with a 4.26 40-yard dash time and a 42-inch vertical at the NFL Combine. All three will play significant roles in the Seahawks secondary, along with veteran free agent addition Justin Coleman.

Rounding out the current roster is Reid, former Cowboys’ fifth-round pick Mike Jackson, and undrafted rookies Elijah Jones and Josh Valentine-Turner. With a top six of Jones, Burns, Brown, Bryant, Woolen, and Coleman, it’s going to be a tough run for Reid, Jackson, Jones, or Valentine-Turner to make the final roster. After spending last year with the Seahawks, Reid may be in the best position to push Coleman for a spot, but Coleman has seniority and experience over Reid.

An injury-riddled Washington native returning as starter, a fallen star from Miami looking for a resurgence, and a host of young go-getters with everything to prove, this secondary is a bit of an island of misfit toys. The Seahawks may need some minor miracles on offense to put them in playoff contention, though, which means it’s the perfect time to experiment with some interesting projects, like they are at cornerback, to see what they can make work.

After adding 9 rookies to the team through the NFL Draft, Seattle announced the signing of 14 undrafted free agents today that they’ll add to their 2022 class:

After trading away quarterback Russell Wilson and failing to address the position in the Draft, Seattle signed Lewis out of Louisiana-Lafayette. Over a career that saw him start four out of five seasons, Lewis broke a Ragin’ Cajuns record throwing 74 touchdowns against 18 interceptions while amassing a 35-7 record as a starter.

The Seahawks also wanted to add some depth behind starting safeties Quandre Diggs and Jamal Adams. They added 17 career college interceptions to the roster through Blount (9), Williams (6), Nelson (4), and Bolden (2).

Seattle brought in an interesting receiver prospect, as well, in Robertson. After signing to California as a 5-star recruit, Robertson was a Freshman All-American for the Golden Bears before eventually transferring and bouncing around from Georgia to Auburn.