As teams trim their rosters down to the required 80 players, the Packers have made a notable cut. Green Bay has waived linebacker Kamal Martin, a source told Rob Demovsky of ESPN.com (Twitter link). 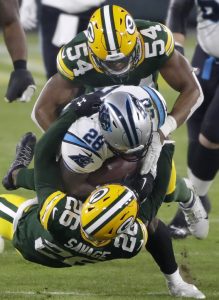 Martin was a fifth-round pick of the team just last year, and his release raised plenty of eyebrows. Numerous Packers beat writers were quick to express surprise that Martin wasn’t even able to make it to final cuts. The Minnesota product was running with the ones for a lot of last offseason, and he started six games for the Pack in 2020.

It is pretty rare for a guy to go from six-game starter to released well before final cuts in the span of one year, especially when there was no coaching change with the team. Martin had 24 tackles, three for a loss, and one sack in 10 games last year.

Normally an inside linebacker, the team was trying him out at outside linebacker earlier this training camp, which in hindsight would’ve been a sign he was battling for his roster spot. 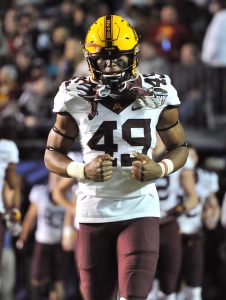