The Washington Football Team will sign linebacker Nate Orchard, according to agent Kenny Zuckerman (Twitter link). Plucked from the Packers’ practice squad, Orchard will have a chance to see his first live action of 2021. 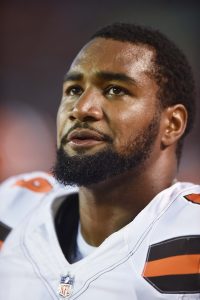 The veteran will provide depth after defensive tackle Jonathan Allen, defensive lineman James Smith-Williams, and defensive ends Montez Sweat and Casey Toohill were placed on the COVID-19 list. It remains to be seen whether they’ll be cleared in time for Washington’s Week 15 matchup against the Eagles.

Orchard, a 2015 second-round pick of the Browns, lived up to his draft stock as a rookie, finishing with three sacks and four QB hits. Unfortunately, he spent most of his sophomore campaign on IR and fell to a backup role in 2017 before being released prior to the 2018 season. Since then, he’s made the rounds, spending time with the Bills, Chiefs, Seahawks, Dolphins, Texans, and Washington.

Orchard appeared in eight games for WFT over the last two years, collecting 16 stops and one sack.