Kenneth Murray Jr. missed a chunk of games last season due to an ankle injury, and that injury ultimately required surgery. According to ESPN’s Lindsey Thiry, the linebacker underwent offseason surgery on his ankle. Murray is expected to be back at full health by the time training camp comes around. 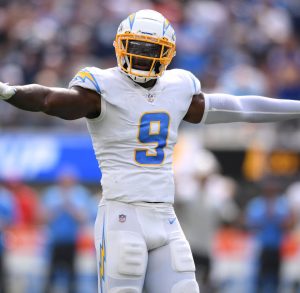 Murray was a first-round pick by the Chargers in 2020, and he earned PFWA All-Rookie Team honors after collecting 107 tackles and one sack in 16 starts. He started the first three games of the 2021 season before suffering an ankle injury during practice, landing him on injured reserve.

After sitting out five games, Murray returned and saw a reduced role on defense, starting only three of his team’s final nine games. The linebacker finished his sophomore season with only 31 tackles, with Pro Football Focus ranking him 83rd among 87 eligible linebackers.

While offseason surgery presumably limited his offseason routine, Murray will still have a chance to restart with a clean bill of health in 2022. The 23-year-old defender is expected to start at inside linebacker. If he is forced to miss any time during training camp, the likes of Drue Tranquill, Troy Reeder, and Amen Ogbongbemiga will see some extra reps.

The Chargers are on track to have one of their top defenders in uniform Sunday. Kenneth Murray is off IR and back on the Bolts’ active roster.

Sidelined with an ankle injury since Week 3, Murray returned to practice and will be in line to help a Chargers defense that ranks last against the run. The Bolts traded up for Murray in the 2020 first round and moved him into their starting lineup early last season. While he experienced developmental hiccups, the Oklahoma product registered 107 tackles. He has 19 through three games this year.

Chargers HC Brandon Staley also said the team is planning to use Murray on the edge as well as on the inside, via the Los Angeles Times’ Jeff Miller. Joey Bosa leads Chargers edge players with 4.5 sacks, but first-year starter Uchenna Nwosu has just one in seven starts.

Ahead of their Week 10 game against the Vikings, the Chargers also promoted linebacker Cole Christiansen, wide receiver Maurice Ffrench and cornerback Kiondre Thomas from their practice squad. 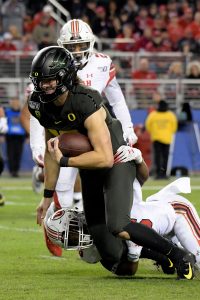 Broncos Tried To Trade Back Into Round 1

The Broncos were among the clubs trying to get back into the first round, Tom Pelissero of NFL.com (on Twitter) hears. Their target, according to Mike Klis of 9News, was LSU linebacker Patrick Queen.

The Broncos got their wish at No. 15, landing Alabama’s Jerry Jeudy, their top-ranked receiver. Had Jeudy not been available, they would have looked to trade back for either Queen or fellow ‘backer Kenneth Murray. After landing Jeudy, they tried to get back into the first round for Queen – instead, he went to the Ravens.

Elway wasn’t so sure that he’d be able to get Jeudy at No. 15, but he was pleasantly surprised with how everything turned out.

With four picks on Day 2, the Broncos have plenty of ammo if they want to move up for another linebacker. They could also use that artillery to address remaining needs, including cornerback and center. For now, the Broncos’ Day 2 party starts in the second round at No. 46 overall. After that, they have a trio of third-round picks – Nos. 77, 83, and 95.

Kenneth Murray is a popular man. The Oklahoma linebacker told NFL.com’s James Palmer that he’s set to meet with 15 teams in the coming weeks (via Charean Williams of ProFootballTalk.com). 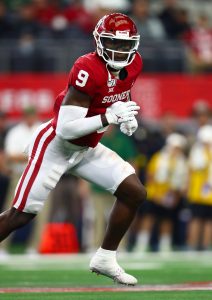 Murray revealed that he’ll start his workout circuit with the Texans on March 18th before having visits “back-to-back-to-back.” The Ravens, Raiders, Cowboys and Cardinals are among the teams that the linebacker is expected to meet with.

After earning a second-team All-Big 12 nod in 2018, Murray got first-team recognition following a standout 2019 campaign. The junior finished the season with 102 tackles, four sacks, and four passes defended.

Murray is in contention to be the second linebacker off the board after Clemson’s Isaiah Simmons, and he could be selected as early as midway through the first round. He didn’t participate in Oklahoma’s pro day today after having tweaked his hamstring during the 40-yard dash at the Combine. Fortunately, he told Palmer that he’s almost back to full health.

“The hamstring is doing good,” Murray told Palmer. “I’ll be fully healthy in a couple of days.”