Broncos cornerback Duke Dawson has been diagnosed with a torn ACL (Twitter link via NFL.com’s Ian Rapoport). The Broncos will make it all official later today by placing the former Patriots second round pick on injured reserve. 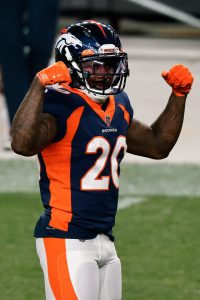 Dawson was in the mix to become New England’s slot cornerback in 2018, but he was sidetracked by a hamstring injury that wiped out his would-be rookie year. Just prior to the 2019 opener, the Pats traded him to the Broncos in a swap of Day 3 picks.

Dawson made his first career start on Sunday, but it was short-lived. It’s unfortunate timing for Dawson, who was in line for opportunities after A.J. Bouye‘s suspension for performance-enhancing drugs. The Broncos will now be without Dawson the rest of the way, and without Bouye for the remainder of the season (plus the first two games of 2021).

The Broncos — sans Dawson — will wrap their year against the Bills, Chargers, and Raiders.

The Patriots have traded cornerback Duke Dawson to the Broncos, according to Ian Rapoport of NFL.com (on Twitter). The two sides will exchange late-round picks in the deal, with the Patriots receiving a sixth-rounder and the Broncos getting a 2020 seventh-rounder.

The Patriots were forced to Dawson on IR last season due to a hamstring injury. He was later designated for return, but never made it back on to the field.

Prior to all of that, Dawson was in the mix to become New England’s slot cornerback early in camp in 2018. This year, he seemed to have a shot at a steady role, but things did not pan out. Instead, the Broncos will acquire the 2018 second-round selection for pennies on the dollar. 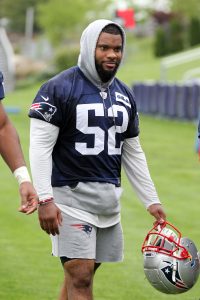