Ricky Seals-Jones is staying in the NFC East. The tight end is signing with the Giants, reports ESPN’s Jordan Raanan (on Twitter). 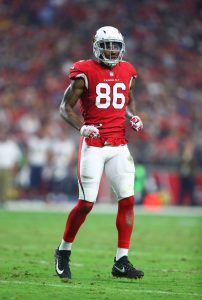 Seals-Jones has bounced around the NFL since going undrafted out of Texas A&M in 2017, spending time with the Cardinals, Browns, Chiefs, and Washington. His best season came in 2018 with Arizona when he had 34 receptions for 343 yards and one touchdown.

The tight end spent the 2021 season in Washington, seeing time in 13 games (six starts). He had 30 receptions for 271 yards and two touchdowns. Seals-Jones also spent time on special teams.

In New York, he’ll be joining a depth chart that has a giant hole after Evan Engram left for the Jaguars. The Giants are also rostering tight ends Jake Hausmann, Chris Myarick, and Rysen John. 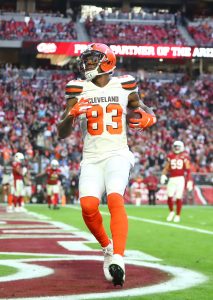 Seals-Jones spent last season with the Chiefs but did not factor into the AFC champions’ offense much. He played in just two games and wound up on the waiver wire in January. While the Chiefs brought the young tight end back to their active roster, he did not catch a pass in 2020. Washington also signed recent Chiefs tight end Deon Yelder earlier this month.

The team still figures to rely on Thomas as its starter, but it did use a fourth-round pick on Boise State’s John Bates this year. Washington entered the 2020 season with a gaping hole at tight end, having Jordan Reed and Vernon Davis‘ tenures end in the same offseason, but Thomas’ 72-reception, 670-yard season established the ex-quarterback as a viable starter going into 2021.

Originally a Cardinals UDFA who converted to tight end after playing wide receiver at Texas A&M, Seals-Jones served as a part-time starter in Arizona in two seasons with the team. He totaled 46 catches for 544 yards and four touchdowns as a Cardinal and played a role for a 2019 Browns team that was without David Njoku for most of that season. Seals-Jones added four TD grabs that year and averaged 16.4 yards per catch. The 26-year-old pass catcher figures to vie for a depth role in Washington.

Hines Ward is back in the NFL, this time as a coach. The legendary former Steelers receiver will join the Jets as an offensive assistant, the team announced in a release. Ward had been a coaching intern, and after impressing during camp got invited back as a member of the full-time staff. “He’s going to be an offensive assistant, he’s going to be working with the wideouts with Shawn so I think that’s a great addition for us. He’s done a lot of really good things with that group, helping out with those guys,” head coach Adam Gase said.

Ward has been working under receivers coach Shawn Jefferson, and that will continue. Ward finished his decorated career with 1,000 receptions and 85 touchdowns, winning two Super Bowls and a Super Bowl MVP Award. He also served as an executive with the now defunct AAF. He’s already made a positive impression on presumed number one Jets receiver Robby Anderson. “He’s a great resource because he’s done it at a high level consistently,” Anderson said. “He’s a future Hall of Famer so what more can I ask for? I’m picking his brain, and he’s more so telling me than I’m asking him, and I’m just staying on top of him. He’s just trying to find ways to get me better in each way.”