The Falcons have seen some turnover on their defensive line this year. They will continue that trend by moving on from Marlon Davidson, a former second-round pick. 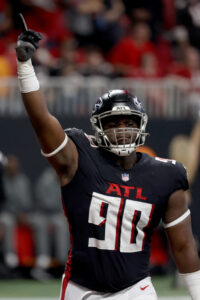 This move comes after Davidson spent the season’s first seven weeks on IR. The third-year defensive lineman underwent arthroscopic knee surgery just before the season, and ESPN.com’s Michael Rothstein notes (via Twitter) he was on Atlanta’s roster bubble before going down with the injury.

Atlanta’s Thomas Dimitroff–Dan Quinn regime chose Davidson 47th overall out of Auburn in 2020, but the interior D-lineman could not establish himself as a starter for either interim HC Raheem Morris nor DC Dean Pees. Davidson, who dealt with lower-body injuries during his two seasons with the Falcons, has one career start and one sack. He follows D-line contributors Anthony Rush and John Cominsky in being moved off the roster this year.

The Falcons cut Rush earlier this month and saw offseason addition Eddie Goldman retire shortly after joining the team. The 3-4 squad is thin on D-linemen acquired before GM Terry Fontenot took over; Grady Jarrett is the last man standing there.

Pees’ unit has turned to 2021 fifth-round pick Ta’Quon Graham as its starter opposite Jarrett up front, with Abdullah Anderson manning the nose post. Timmy Horne‘s emergence as a reserve also influenced Atlanta’s Davidson decision, per Rothstein. In not activating Davidson from IR, the Falcons still have seven injury activations remaining this season. 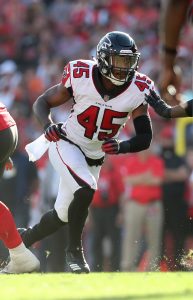 Matt Corral landed on the Panthers’ IR Tuesday, ending his rookie season before it started. The Lisfranc injury the third-round pick suffered will require surgery, Matt Rhule said. The Panthers had planned to carry Corral as their third-string quarterback during what was to be a developmental year, with the team wanting him to add muscle to his 205-pound frame and obviously learn a pro-style offense, per Joe Person of The Athletic. Because of Corral’s injury, the Panthers’ roster math may change. The team may no longer be preparing to carry three quarterbacks, Person notes (subscription required). This news would pertain to P.J. Walker, the former XFL 2.0 standout who has been Carolina’s backup the past two seasons. Walker, who has won both his regular-season starts but holds a career 51.6 passer rating, struggled in the Panthers’ second preseason game. The 27-year-old passer could be stashed on the practice squad — behind starter Baker Mayfield and backup Sam Darnold — if he clears waivers in the event of a cut before next week’s deadline.

It took a little while, but the Falcons wrapped their entire draft class in one shot. Per a club announcement, all six of their rookies have officially signed: 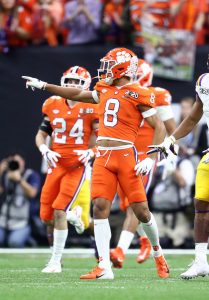 Per the terms of his slot, Terrell will receive a four-year deal worth $14.31MM – fully guaranteed. The Clemson star put himself on the radar in 2018 with 53 tackles and three interceptions, including a pick six at the expense of Alabama’s Tua Tagovailoa in the 2019 title game. After an All-ACC season in 2019, Terrell had little reason to return for his final year of eligibility. Some saw him as a second-round type heading into the draft, but the Falcons nabbed him midway through the first, giving them some help in the wake of Desmond Trufant‘s departure.

Hennessy, a Temple product, agreed to terms with the Falcons on Monday. That selection brought disappointment in Denver – the Broncos wanted him at No. 79, but the Falcons struck first and nabbed him at No. 78.