Kentavius Street is headed back to a familiar place, injured reserve. The 49ers announced they were shutting down the defensive lineman, in order to make room on the active roster for linebacker Kwon Alexander. 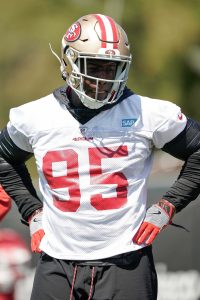 Street was a highly regarded prospect coming out of N.C. State in 2018. Unfortunately, he tore an ACL during a private workout for the Giants, and tumbled in the draft as a result. San Francisco scooped him up in the fourth round, and he took his rookie season as a redshirt year. Knee issues plagued him again this offseason, and he was placed on IR back in August. It was looking like he was going to miss each of his first two seasons, but the 49ers activated him a few weeks ago for the stretch run.

He made his NFL debut in Week 15, and played a real role on defense over the final three weeks. In their pivotal Week 16 game against the Rams, he played 27 percent of the defensive snaps. He’ll now head into his third season as a pro with just three career appearances under his belt. He won’t necessarily be a lock for next year’s 53-man roster. 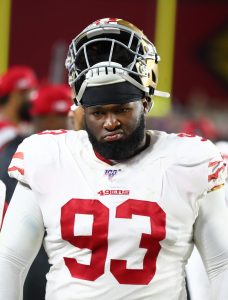 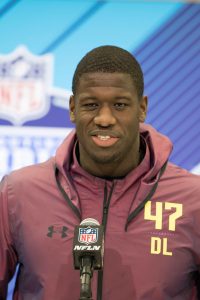 Street suffered a torn ACL during a pre-draft workout with the Giants in 2018, but the 49ers still took a chance on the NC State product and nabbed him with a fourth-round pick last year. Though he was cleared for practice near the end of his rookie campaign, he ultimately did not see any game action.

He showed some flashes in the preseason this year, and in San Francisco’s preseason tilt against the Broncos on August 19, Street posted five tackles and 1.5 sacks in 43 snaps. Unfortunately, his regular season debut will have to wait at least another year.

Head coach Kyle Shanahan said, “[h]e’s battled through his knee all year. He’s had some knee tendinitis throughout camp – a little similar to Dee Ford. He’s been trying to battle through it and get a spot here. We decided (Monday) that he can’t do it any more.”

The 49ers have opened the practice window for rookie defensive end Kentavius Street. Street remains on the PUP list but may have an opportunity to see the field before the year is through.

The Niners selected Street in the fourth round of this year’s draft after he suffered a torn ACL. Prior to the injury, the N.C. State product had some second/third round buzz, so the Niners were happy to take the patient approach with the 21-year-old.