The Texans had recently re-signed Freeman after he failed to make the initial 53-man roster. Houston will move forward with rookie Dameon Pierce, Rex Burkhead, and Dare Ogunbowale at running back.

Ward has been with the Eagles on-and-off since signing with the team after going undrafted in 2017. His first two seasons consisted mostly of time on the practice squad. The former University of Houston quarterback then took a hiatus from the NFL to sign with the Alliance of American Football. When the AAF suspended operations, Ward re-joined the Eagles. He had a bit of a breakout year in 2020, catching 53 passes for 419 yards and six touchdowns, but took a bit of a backseat in Philadelphia’s offense last season.

Miller was called up as a response to Browns cornerback Greedy Williams being placed on injured reserve today. Miller will slot in behind Denzel Ward, Greg Newsome II, Martin Emerson, and A.J. Green as the secondary faces off against their former teammate Baker Mayfield in Week 1.

The Bears made a roster swap of eight-year veterans today, according to ESPN’s Adam Schefter, releasing linebacker Jeremiah Attaochu and signing defensive tackle Mike Pennel. Both defenders have spent their careers as role players, earning starts here and there without ever consistently serving as a starter on defense. 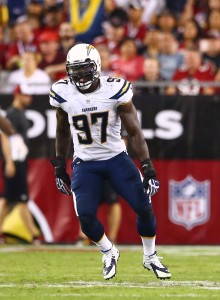 Attaochu was a second-round pick for the Chargers back in 2014. He made an immediate impact in his NFL debut, recording a strip sack and a blocked punt. He had the best year of his career in his sophomore season. Attaochu started 12 games that year, recording a career-highs in sacks (6.0), tackles for loss (15.0), quarterback hits (17), and tackles (44 solo and 11 assisted). He added a forced fumble and one pass defensed for good measure. In his last season with the Chargers, Attaochu only started one game and was limited to eight appearances due to ankle and foot injuries.

Attaochu stayed unsigned a bit longer this time, finally joining the Broncos in October of the 2019 NFL season. He did enough during his first year with the Broncos to get re-signed on another one-year deal. During his two-year tenure in Denver, Attaochu started ten games, recording 8.5 sacks, 11.0 tackles for loss, and 14 quarterback hits, also forcing and recovering one fumble a piece.

His resurgence in Denver led the Bears to sign Attaochu to a two-year deal last offseason. He played fairly limited snaps as a Bear in five games before suffering a pectoral tear that would sideline him for the rest of the season. By waiting to cut Attaochu after June 1, the Bears reduced their dead money over the next two years from $2.25MM to $1.05MM.

In a corresponding move, the Bears brought in the 31-year-old Pennel. After going undrafted in 2014, Pennel has stayed an impressive eight years in the league, starting as a bit of a reserve defensive lineman before evolving into more of a rotational contributor over the last five years of his career. Pennel has 16 starts over his career, along with 2.0 sacks and 176 total career tackles. He’ll likely compete with Khyiris Tonga for playing time behind Angelo Blackson and Justin Jones in Chicago.

Mike Pennel will not end up playing for the Bears this season. The team moved the defensive tackle to IR Tuesday, also placing safety Jordan Lucas on its season-ending injured list.

Both Pennel and Lucas were members of the Chiefs’ Super Bowl-winning squad two years ago. While Pennel also contributed for the Chiefs’ 2020 AFC champion team last season, Lucas opted out. These IR placements will ensure neither plays with the Bears this season, though both could resurface in 2021 in the event injury settlements take place.

Pennel participated in the Bears’ minicamp on a tryout basis, and the team was sufficiently impressed. The 30-year-old defender has seven years’ experience, having played with the Packers and Jets before his Kansas City stay. The former UDFA has enjoyed quality stretches, which have continued to generate interest. His 2019 arrival helped a Chiefs defense on a historically bad run early that season.

Lucas started four games for the 2018 Chiefs, who acquired him via trade with the Dolphins. Those are his only four career starts. The Bears signed the ex-UDFA in 2020, but he is unlikely to play in a regular-season game for the team.

Mike Pennel has found his next gig. The veteran defensive tackle is signing a one-year deal with the Bears, according to his agent, Andy Simms (via Twitter).

The 2014 undrafted free agent has managed to put together a solid seven-year career, starting games for the Packers, Jets, and Chiefs. He spent the past two seasons in Kansas City, including a 2019 campaign where he started a pair of playoff games en route to a Super Bowl championship. After serving a two-game ban to start the 2020 season, Pennel saw time in 14 games (one starts) with the Chiefs last year, collecting 29 tackles and one QB hit. He also saw time in each of Kansas City’s three playoff contests, collecting a single tackle.

We heard earlier this week that the 30-year-old was trying out for the Bears. The team could be looking for some extra reinforcement along the defensive line after nose tackle Eddie Goldman decided to no-show mandatory minicamp.