Jonah Williams won’t be playing for the Vikings after all. The defensive end failed his physical with his new team and won’t be joining the organization, reports Chris Tomasson of the St. Paul Pioneer Press (via Twitter). Williams’ physical ended up revealing a hernia. 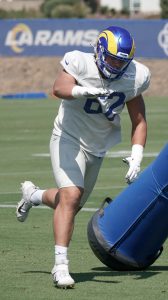 The 2020 undrafted free agent finally made his NFL debut this season, and he ended up seeing time in eight games for the Rams. Along with special team duties, the defensive lineman also got a handful of defensive snaps each game. In total, he’s collected five tackles this season.

Following the arrival of Von Miller earlier this week, the Rams decided to move on from Williams. He ended up being a popular name on the waiver wire, as the Chargers and Cardinals also tried to claim the 26-year-old. The hernia is a discouraging development for the player, but another organization may be willing to overlook that and add him to the active roster.

The Vikings will likely continue to search for some DL support, now that Danielle Hunter has been ruled out for the year with a torn pectoral muscle.

New Vikings defensive end Jonah Williams was pretty popular on the waiver wire. After he was cut by the Rams, the Chargers and Cardinals also submitted claims on him. (Twitter link via Field Yates of ESPN.com). 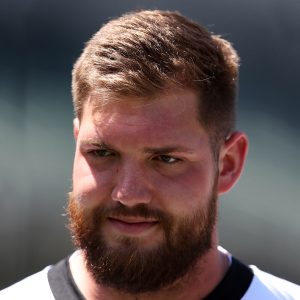 The Vikings won out, thanks to their 3-4 record. As a refresher, the league’s waiver priority goes by inverted current season record at this stage of the league year, rather than previous year’s record. Therefore, the Chargers (4-3) and Cardinals (7-1) were further down the list.

Williams, 26, saw time in all eight of the Rams’ games before he was cut loose. If not for the arrival of Von Miller, the Rams likely would have kept him for the year. Miller marks a significant upgrade for the Rams’ front seven and they’re already discussing his future beyond 2021.

The Vikings could still use some DL support, now that Danielle Hunter has been ruled out for the year with a torn pectoral muscle. The Cardinals — who are without J.J. Watt — will also keep an eye out for available linemen.