Two AFC teams have now moved Jordan Jenkins off their 90-man roster this week. After the Texans released the veteran pass rusher, the Raiders have placed him on IR.

Jenkins, 28, suffered a torn ACL in the Raiders’ game against the Dolphins on Saturday, Wilson adds (on Twitter). This news certainly deals a blow to the veteran edge defender’s chances of showing a quality pass-rushing gear again. Jenkins sustained a season-ending knee injury, a PCL tear, in November 2021. The 2020s have brought injury misfortune for Jenkins, who suffered a torn shoulder labrum near the end of the 2020 season. He was also battling a calf issue during Texans camp. 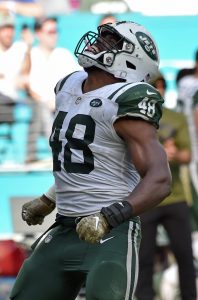 This marks another setback for the Raiders’ edge-rushing situation, which has seen some unavailability affect it in recent weeks. The Raiders previously placed free agency addition Kyler Fackrell on IR and have been without Clelin Ferrell for a stretch due to injury. The latter is not a roster lock, despite being a former top-five pick.

A former third-round pick, Jenkins was a productive pass rusher for the Jets in the late 2010s. He combined for 15 sacks from 2018-19, but has not matched that work during his two 2020s campaigns. The seventh-year veteran has registered 4.5 combined sacks in 23 games with the Jets and Texans since 2020.

The Raiders still have edges Maxx Crosby and Chandler Jones set to anchor their front seven, but they are thin behind this high-priced duo. Malcolm Koonce, a 2021 third-rounder, and Tashawn Bower represent other options here. Fackrell and Jenkins, however, offered veteran presences who had shown, at points, quality pass-rushing capabilities.

The Raiders should be considered likely to explore other outside options for a top bench rusher in the near future. Jason Pierre-Paul and Trey Flowers are the top free agents available, though waiver claims — once teams pare their rosters from 85 to 53 over the next nine days — may be Vegas’ preferred method to bolster its roster.

It appears defensive end Jordan Jenkins‘ workout today with the Raiders was successful. The former Texan and Jet agreed to sign with Las Vegas after today’s tryout, according to Aaron Wilson of ProFootballNetwork.com. 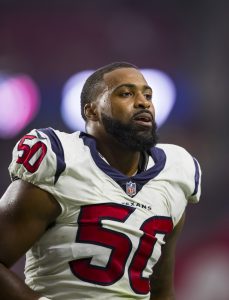 Jenkins was a five-year starter for the Jets after being selected in the third-round of the 2016 NFL Draft. It took some time for Jenkins to find his footing, but he exploded onto the scene over the 2018 and 2019 seasons. After only recording 5.5 sacks, seven tackles for loss, and 12 quarterback hits in his first two seasons, Jenkins broke out with 15 sacks, 15 tackles for loss, and 28 QB hits over the next two years. Jenkins also has a tendency for causing turnovers over his career with seven forced fumbles and five recoveries to date.

Jenkins’ stock fell a bit over his last two years in the league. Injuries hurt his final season with the Jets, and he never seemed to be able to get past Jonathan Greenard and Jacob Martin on the depth chart in Houston. Despite the dip in recent play, Jenkins should add some value to the depth of the Raiders’ pass rushing group.

While Jenkins will have similar troubles getting atop the depth chart in Las Vegas, with Maxx Crosby and free agent addition Chandler Jones firmly cemented as starters, Jenkins joins former first-round pick Clelin Ferrell as a talented backup with starting experience. The addition of Jenkins gives the Raiders a strong two-deep at defensive end that will absolutely be necessary to succeed in a division that features Patrick Mahomes, Justin Herbert, and Russell Wilson as the opposing quarterbacks.

It’s a win-win scenario for both parties. Jenkins will have the opportunity to play for a team that made the playoffs last year after six years with the Jets and Texans. And, if they receive a version of Jenkins that resembles his 2018-19 form, the Raiders will receive a strong defender to solidify the depth of a talented position group.

The Texans released defensive end Jordan Jenkins this week and there will likely be plenty of interest in the six-year veteran as rosters start to come together. The first bite on the line came rather quickly as Jenkins went to Las Vegas to work out with the Raiders today, according to Aaron Wilson of Pro Football Network.

Jenkins was a five-year starter for the Jets after being selected in the third-round of the 2016 NFL Draft. It took some time for Jenkins to find his footing, but he exploded onto the scene over the 2018 & 2019 seasons. After only recording 5.5 sacks, 7.0 tackles for loss, and 12 quarterback hits in his first two seasons, Jenkins broke out with 15.0 sacks, 15.0 tackles for loss, and 28 quarterback hits over the next two years. Jenkins also has a tendency for causing turnovers over his career with seven forced fumbles and five recoveries to date.

The Raiders are strong atop the depth chart with Maxx Crosby and Chandler Jones starting and Clelin Ferrell coming off the bench. The depth behind those three, though, could be significantly improved if they can add the best version of Jenkins. Jenkins didn’t start any games for the Texans last year and struggled with injuries during his final year in New York. But if he can bounce back to his 2018-19 form, Jenkins and the Raiders might be a perfect match.

Here are a couple of updates surrounding some injuries from around the NFL this preseason:

After sitting on the Texans PUP to start training camp, Jordan Jenkins will now have a chance to catch on with another squad. The defensive end/linebacker was cut by Houston today, according to Aaron Wilson of ProFootballNetwork.com (via Twitter). 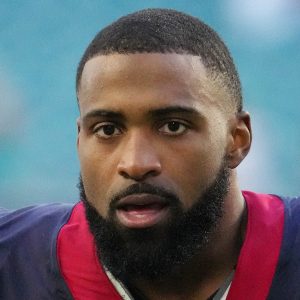 Jenkins had been dealing with a strained calf that landed him on the physically unable to perform list to start training camp. According to Wilson, the defensive lineman’s health has improved, and now he’ll have an opportunity to join another team.

The former third-round pick spent the first five seasons of his career with the Jets, collecting 22.5 sacks in 72 games (62 starts). He inked a two-year, $6MM pact with the Texans last offseason, and he exclusively played off the bench during his one season in Houston. He collected 20 tackles and 2.5 sacks in 11 games, and he missed a handful of contests late in the season after suffering a torn PCL.

After primarily playing linebacker during his time in New York, Jenkins served as an edge rusher with the Texans in 2021. While Pro Football Focus wasn’t particularly fond of his performance in Houston, they did give him a solid grade for his coverage ability, perhaps hinting that a return to LB could be in the cards.

According to Wilson (via Twitter), the Texans also cut wide receiver Chad Beebe, long snapper Harrison Elliott, and running back B.J. Emmons. Beebe made a name for himself in Minnesota when he hauled in 20 catches and two touchdowns during the 2020 campaign. He spent the entire 2021 campaign on injured reserve before joining the Texans back in June.

The Texans have designated Jordan Jenkins for return from IR, per a club announcement. Jenkins has missed the last few weeks with a torn PCL, but it appears that it was just a partial tear, one that didn’t require significant surgery.

Jenkins, a 2016 third-round pick of the Jets, joined up with the Texans on a two-year, $6MM deal in March. The Texans aren’t playing for much at this point, but Jenkins may be motivated to keep his job (and contract) for 2022. In theory, the Texans could release him this spring to save $3MM against just $500K in dead money.

The Texans are now 2-11 following Sunday’s loss the Seahawks. They’ll try to snap their three-game losing streak this week when they face the Jaguars in Jacksonville.