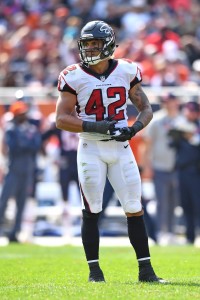 Falcons linebacker Duke Riley will require surgery after suffering a torn meniscus, according to Vaughn McClure of ESPN.com. While Atlanta hasn’t announced a timetable for Riley’s return, meniscus injuries typically require a four-week absence, per McClure.

Riley, whom the Falcons selected in the third round of the 2017 draft, has appeared in every game for Atlanta during his rookie campaign. He’s only been a base package player, though, garnering time on roughly 45% of the Falcons’ defensive snaps while playing on a quarter of the club’s special teams plays. Pro Football Focus hasn’t been a fan of Riley’s output, grading the LSU product as a bottom-15 linebacker.

Still, replacing a player who is essentially a starter is never easy, but the Falcons already started on that task earlier today. Atlanta agreed to bring back linebacker Sean Weatherspoon, who spent 2010-15 with the Falcons. It’s unclear if Atlanta expects Weatherspoon to step directly into Riley’s role, or whether they’ll lean on other players — such as Jordan Tripp or (per McClure) converted safety Kemal Ishmael — to replace Riley. The Falcons are also set to bring linebacker LaRoy Reynolds off injured reserve in the next few weeks. 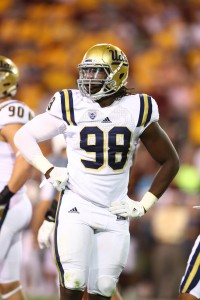