With Lamar Jackson, Joe Burrow, and Deshaun Watson (tentatively) being cemented behind center in Baltimore, Cincinnati, and Cleveland, respectively, Pittsburgh is working to name their starting quarterback to open the 2022 NFL season. According to Gerry Dulac of the Pittsburgh Post-Gazette, the current situation points towards free agent acquisition Mitchell Trubisky being named the starter for the Steelers’ season opener in Cincinnati.

On 105.7 The Fan, Dulac was quoted saying, “I think the plan is, and I don’t think there is any question about this, unless something would dictate otherwise including injury, I think Mitch Trubisky will go into the regular season as the starter.” He continued, “NFL teams don’t draft quarterbacks No. 1 to have them be the third quarterback and a gameday scratch. I expect Kenny Pickett to be the guy who dresses on gameday (as the primary backup).”

When asked where that leaves five-year veteran Mason Rudolph, Dulac thinks the Steelers will have “a little bit more respect than to keep him around as the third quarterback and a gameday scratch.” Dulac believes Pittsburgh would rather have the two parties mutually move on and try to find him a trade to a desirable location.

Here are a few other rumors from around the AFC North, starting with a couple rumors from the division (and conference) champions from last year:

The Bengals have cut linebacker Preston Brown, as Tyler Dragon of the Cincinnati Enquirer reports (via Twitter). Brown signed a three-year pact with Cincinnati this offseason, but he will not even see the end of the first year of that deal.

Brown did start every game for his hometown Bengals this season before the team replaced him in the starting lineup with third-round rookie Germaine Pratt for Sunday’s loss to the Ravens. Brown ultimately played just 17 defensive snaps on Sunday, his lowest snap count of the season.

The Bills selected Brown in the third round of the 2014 draft, but even after a solid platform year with Buffalo in 2017, the Bills opted against re-signing him. Brown ultimately accepted a one-year, $4MM deal with the Bengals in 2018, and then he re-upped with Cincinnati in March 2019.

Brown succumbed to injury for the first time in his career in 2018, as he played in just seven games for the Bengals after appearing in all 64 possible games for the Bills over his first four years in the league. But while he has managed to stay healthy in 2019, he has not played particularly well, especially in coverage. The fact that the Bengals cut ties less than one year into his three-year contract is not a good look for Brown.

Still, he just turned 27 and is owed only $400K for the rest of the season. As such, a team in need of a veteran LB with plenty of starting experience could put in a waiver claim, especially since such a team could cut him again this offseason with fairly minimal dead money ramifications. And if he clears waivers, he may not last too long on the open market.

Paul Dehner Jr. of The Athletic expects the Bengals to clean out most of their LB room this offseason, and he suggests that only Pratt will be retained for 2020 (Twitter link).

The Bengals wrapped up their 10-man 2019 draft class today by signing third-round draft choice (No. 72 overall) Germaine Pratt. Pratt will earn just over $4MM over the life of his four-year deal and will pocket a signing bonus of a little more than $1MM. 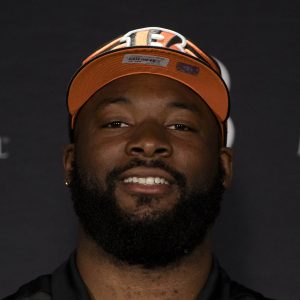 Pratt, an NC State product, spent five seasons with the Wolfpack due to a 2016 redshirt season. He led the team in tackles (104) last year and earned First Team All-ACC honors. Cincinnati parted ways with Vontaze Burfict this offseason, and it does not appear that the club will re-sign former starter Vincent Rey, so linebacker was a clear need. Pratt, who has strong coverage skills in addition to his tackling abilities, should have a chance to contribute right away.

Here’s the full rundown of the Bengals’ class, courtesy of PFR’s tracker:

The Bengals recently received devastating news on Jonah Williams, who is likely to miss the entire 2019 season after undergoing surgery on his left shoulder. Given that Sample may need some time to develop as a receiver, it looks like Pratt has a chance to be the Bengals’ most impactful rookie this year.