Chris Board is off to Detroit. The Lions have signed the key special teamer, reports NFL Network’s Mike Garafolo (on Twitter). 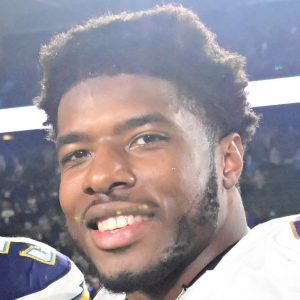 Board joined the Ravens as an undrafted free agent out of North Dakota State in 2018, and he ended up missing only a pair of games during his four seasons in Baltimore. He took on a larger defensive role as his career went on, culminating in a 2021 campaign where he finished with a career-high 337 defensive snaps.

The 26-year-old ultimately finished last season with a career-high 41 tackles. Board has 94 tackles, 2.5 sacks, and two forced fumbles in his career.

Considering his production, the Ravens made an effort to re-sign the free agent, per Garafolo. Instead, Board is off to Detroit to compete for a starting gig.

In May, Roger Goodell said the NFL would not interfere with the Kansas Department for Children and Families’ Tyreek Hill investigation, indicating the league would interview the Chiefs wide receiver “whenever we have permission to.” It is unclear if the Kansas DCF’s investigation has concluded, but if it has not, the news about NFL investigators meeting with Hill represents a reversal and, per Mike Florio of Pro Football Talk, perhaps an acknowledgement by the league something needs to transpire on this front by the time the Chiefs report to training camp July 23. While the investigation is likely covering the bruises and welts that appeared on the body of Hill’s 3-year-old son, Florio notes Hill’s history of violence, and the comment his fiance needing to worry about more possible violence, will almost certainly result in a Hill suspension. Ravens cornerback Jimmy Smith was suspended four games in 2018 for threatening and the mother of his child and “engaging in emotional abuse.” With audio evidence having surfaced in this case, and Hill not being punished for his admitted 2014 violence against Crystal Espinal, that would seem to be the baseline for his potential punishment.

Here is the latest out of the AFC:

After passing along a few NFC items earlier tonight, let’s round out the evening with some news and notes from the AFC: