As the calendar year ticks away the days, NFL teams are having to start thinking about the difficult decisions they will have to make to eventually get their rosters down to 53 players to start the season. While the teams still have almost two months to make all the necessary cuts, many veterans are entering training camp on roster bubbles.

Here’s a breakdown of some of the players who may find themselves looking for a new team by the time the season begins:

The Jets opted not to retain Greg Van Roten this offseason, releasing the veteran guard despite his 23-start run with the team. The Bills are giving the 10-year blocker a landing spot. 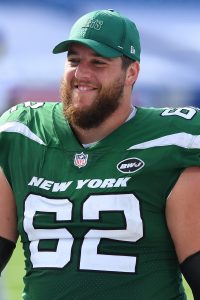 Van Roten agreed to a deal with Buffalo on Monday. This will continue to crowd the Bills’ O-line with veterans. They have also signed Rodger Saffold and David Quessenberry this offseason.

Although the Jets bailed on Van Roten’s contract shortly after the draft, Robert Saleh said the team was open to bringing him back. The Jets believed Van Roten had the potential to start for other teams. After they had signed Laken Tomlinson to pair with Alijah Vera-Tucker, the 32-year-old blocker was not in line to keep starting for the Jets. A northward trek to a superior team should represent a better opportunity for Van Roten to stay a starter. If that does not end up taking place, the Bills still have a strong depth piece in a player who has 50 starts to his credit.

Pro Football Focus viewed Van Roten as a midlevel guard last season and deemed his 2021 work slightly superior to what he offered in 2020. Van Roten came to the Jets after a three-year run with the Panthers, the final two as a starter. He began his career with the Packers, catching on with Green Bay as a UDFA in 2012. While Van Roten does have a Panthers past, his stay did not overlap with ex-Panthers exec-turned-Bills GM Brandon Beane.

Saffold’s career-long run as a starter puts him in position to claim one of Buffalo’s first-string guard gigs, despite this being his age-34 season. The team also retained Ryan Bates by matching a Bears RFA offer sheet, giving the young guard some momentum to build on the six-start season he finished. Buffalo has Ike Boettger (17 starts from 2020-21) and former second-round pick Cody Ford under contract as well.

After claiming Nate Herbig off waivers from the Eagles, the Jets jettisoned one of their experienced blockers and saved some money. They cut Greg Van Roten on Friday.

Van Roten’s release represents the Jets’ corresponding move for the waiver claim; the veteran starter will head straight to free agency. Van Roten, 32, had started 23 games for the Jets over the past two seasons but was no longer in line to be a first-stringer, with the team having signed Laken Tomlinson in free agency.

While this release saves the Jets $3.5MM, it cuts into their newly solid depth on their interior offensive line. Herbig and Dan Feeney represent the team’s top interior backup options. Van Roten, however, arrived prior to Robert Saleh and OC Mike LaFleur‘s arrivals. Tomlinson is set to team with 2021 first-round pick Alijah Vera-Tucker, with Connor McGovern still under contract at center.

The Jets signed Van Roten during the same offseason they landed McGovern, giving the ex-Panther blocker a three-year deal worth $10.5MM. He was set to earn a nonguaranteed $3MM this season. A New York native who emerged as a UDFA out of Penn, Van Roten has made 50 career starts — all since 2018. Pro Football Focus rated Van Roten as a middling guard last season; he figures to have a shot elsewhere at some point before the season. 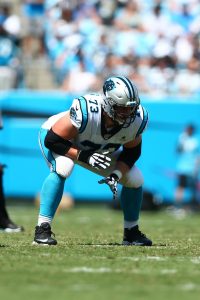 It’s a three-year deal for Van Roten according to a tweet from Connor Hughes of The Athletic, who notes that New York has had their eye on him since before free agency opened. We heard a handful of days ago that the Jets had turned their attention to Van Roten and other second-tier interior linemen after whiffing on their attempt to sign Graham Glasgow, and now they’ve got their guy.

Van Roten was one of the top linemen left on the market, and the available pool just got that much thinner for teams still looking for O-line help. Van Roten has had an unusual path to prominence, as he entered the league as an UDFA back in 2012 but didn’t start a game until 2018. He then became a full-time starter for the Panthers the past two seasons, earning reasonably strong marks from Pro Football Focus.

The Jets have been remaking their unit, and they signed Connor McGovern to a big deal to be their center earlier this week. Jets beat writers seem to expect Van Roten to start at right guard with Alex Lewis at left. This could mean the end of the line for guard Brian Winters in New York, Brian Costello of the New York Post tweets. The Jets could save a little over $7MM by cutting him. They also signed new left tackle George Fant in free agency, so this offensive line is going to look completely different in 2020.