Jaylon Smith is back with the Giants. The veteran linebacker, who started two games with the NFC East squad last season, rejoined the team Monday, according to his agent (on Twitter). 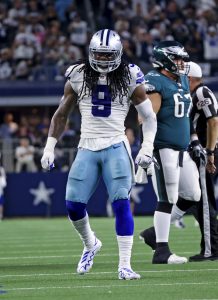 The longtime Cowboys starter has bounced around since his Dallas stay abruptly ended early during the 2021 campaign, but teams have continued to offer opportunities. Smith, 27, played for three teams — the Cowboys, Packers and Giants — in 2021. This move comes ahead of the Giants’ Week 3 game against the Cowboys.

This could well be a practice squad agreement, but in the 16-player P-squad era, those transactions have regularly led to promotions for veterans. Teams are allowed to carry six vested veterans on practice squads. A 2016 second-round pick, Smith has 58 career starts (56 as a Cowboy) and certainly would upgrade the Giants’ experience on their defensive second level.

The Cowboys gave Smith a five-year, $63.75MM deal in 2019. Smith made the Pro Bowl that year and tallied a career-high 154 tackles in 2020, but the Cowboys went in another direction under 2021 DC hire Dan Quinn. The team has cut costs along its linebacking corps, which is now built around star hybrid player Micah Parsons‘ rookie contract.

The new Giants regime made a late-summer roster tweak by releasing two-year starter Blake Martinez, leaving an uncertain lot of defenders at this position group under new DC Don Martindale. The team has Tae Crowder positioned as its top off-ball linebacker but has not established a second full-timer at the position thus far this season.

Although Smith at his best would easily profile as a starter-caliber player in New York, teams have not viewed the former Notre Dame star as a starter-caliber player since his Cowboys release. The Packers released Smith not long after signing him last year, and the Giants did not opt to bring him back in free agency after the parties’ late-season partnership. Smith made 19 tackles and registered a sack during his four-game Giants cameo last season.

The Giants have signed linebacker Jaylon Smith to the 53-man roster, according to agent Doug Hendrickson (on Twitter). Smith debuted as a temporary elevation on Sunday and he’s now a full-fledged member of the varsity squad.

Smith, 26, earned a Pro Bowl nod in 2019 with 154 tackles, good for the second-highest total in the NFL. He was still productive for the Cowboys early on this year too — the advanced metrics at Pro Football Focus pegged him as a top-15 linebacker through four weeks. Still, the Cowboys opted to cut him and eat the remainder of his $7.2MM base salary. That led him to a two-game stint with the Packers and a December practice squad deal with the G-Men.

Terms of the contract are not known, but it’s likely a low-cost deal since the Cowboys are still on the hook for Smith’s original $7.2MM base salary. The former Notre Dame standout will be eligible to play this week when the Giants face the Eagles in Philadelphia.

Jaylon Smith is heading to his third team this season, and second in the NFC East. The linebacker has been signed to the Giants’ practice squad, per ESPN’s Adam Schefter (via Twitter). 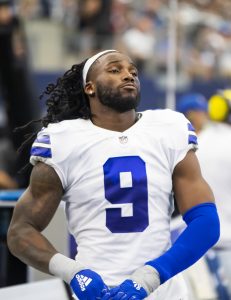 The 26-year-old played four seasons in Dallas after being drafted by the Cowboys, but was released on October 5th. He ranked second in the league in tackles with 154 in 2020, but was let go after he declined to waive his injury guarantee for the 2022 campaign. That left the Cowboys on the hook for $7.2MM in dead money, but allowed them to move forward with their linebacking corps headed by first-round rookie Micah Parsons.

Smith caught on with another NFC contender, quickly signing with the Packers. He played just 27 snaps across two games with Green Bay, however, registering only one tackle. In November, he was let go for the second time this year.

Smith will now join a Giants’ team whose linebackers have been “hit by the flu”, according to the New York Daily News’ Pat Leonard. His first opportunity to play for his newest team will come on Sunday, against the Cowboys of all opponents.

The Packers are cutting linebacker Jaylon Smith, according to Adam Schefter of ESPN.com (Twitter link). Smith joined the Packers just a few weeks ago, but he’s back on the market and free to sign with any club. 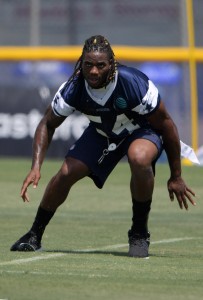 Smith, 26, earned a Pro Bowl nod in 2019 with 154 tackles, good for the second-highest total in the NFL. He was still productive for the Cowboys this year too — the advanced metrics at Pro Football Focus pegged him as a top-15 linebacker through four weeks. Still, the Cowboys opted to cut him and eat the remainder of his $7.2MM base salary.

Smith’s Packers tenure will end after just two games and a single tackle with Green Bay. The Panthers and the Washington Football Team were both said to be in on him in early October, so either one of those clubs could circle back. Smith may also make sense for the Steelers, who have just traded Melvin Ingram to the Chiefs for a Day 3 draft pick. The Steelers are reportedly eyeing defensive line help, but it couldn’t hurt to beef up elsewhere in the front seven.

The Packers, sans Smith, will ride a seven-game winning streak into this week’s game against the Chiefs.

The Packers ended up winning the quickly developing recruiting battle for Jaylon Smith, but they fended off multiple NFC suitors to do so. Both Carolina and Washington were in the mix for the longtime starter last week, Adam Schefter of ESPN.com notes. 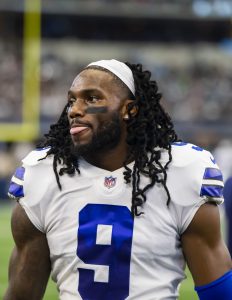 With the Cowboys still on the hook for Smith’s $7.2MM base salary this season, the Packers landed the sixth-year defender for the league minimum. This amount to a recruiting competition instead of a bidding war, but Schefter adds Smith was interested in joining both the Panthers and Washington.

Smith’s relationship with Packers HC Matt LaFleur mattered here. Despite LaFleur coaching Notre Dame’s quarterbacks for just one season (2014, when Smith was a sophomore), Schefter notes he and Smith have kept in touch throughout Smith’s career and the relationship moved the needle. Smith did not suit up for Green Bay’s Week 5 game in Cincinnati, marking his first absence since Week 17 of his injury-redshirt rookie season, but will obviously be on track to contribute soon.

The Panthers have been busy on the trade front already, acquiring corners Stephon Gilmore and C.J. Henderson. They are looking for offensive linemen as well. Carolina moved Jermaine Carter into a three-down role alongside Shaq Thompson at this season’s outset. Washington used a first-round pick on Jamin Davis this year. He has played a part-time role thus far, with Cole Holcomb serving as a three-down ‘backer for the struggling WFT defense. The Cowboys had used Smith as a three-down player for years, but they reduced his snaps this season after making key offseason additions at the position.

How’s this for a bargain? Linebacker Jaylon Smith will collect just $770K from the Packers this year (Twitter link via NFL.com’s Ian Rapoport).

Of course, Smith will still collect $7.2MMM in salary from the Cowboys. Before his release, the Cowboys asked Smith to waive his injury guarantee for 2022 (Twitter link via Clarence E. Hill Jr. of the Fort Worth Star-Telegram). He declined, prompting the Cowboys to cut him loose.

It all worked out for Smith, who figures to see a larger role with another NFC contender and some additional coin. And, with a strong year, he’ll see a huge payday in March. Smith, still just 26, was a Pro Bowler just two years ago. That year, he racked up 154 tackles, good for the second-highest total in the league. Meanwhile, the advanced metrics are still high on his work — Pro Football Focus ranks him as a top-15 linebacker at the one-quarter mark.

It’s a strong pickup for Green Bay, especially after they missed out on Stephon Gilmore. The cornerback was set to reach free agency on Wednesday morning, but the Patriots traded him to the Panthers instead. Trading for Gilmore would have meant taking on $5.8MM in base salary this year; Smith comes at a fraction of the price. He also figures to thrive under the tutelage of Matt LaFleur, who coached him at Notre Dame.

“Nothing’s official yet, but I go back a long time with Jaylon,” said LaFleur (via ESPN.com’s Rob Demovsky). “I’ve always had a lot of respect for him, not only as a football player but as a man. He was one of my favorites when I was at Notre Dame. I just think a veteran guy who’s played at a really high level and just can bring kind of a mentality and leadership to our defense.”

Jaylon Smith wasn’t out of work for long. Days after his release from the Cowboys, the linebacker has agreed to a one-year deal with the Packers (Twitter link via NFL.com’s Tom Pelissero). 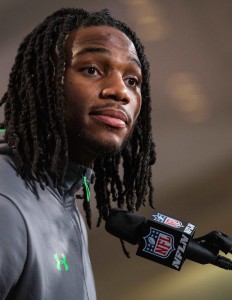 Terms of the contract are not yet known, but it’s likely a low-cost deal since the Cowboys are still on the hook for Smith’s $7.2MM base salary.

Smith, a former second-round pick, was slowly being displaced by rookies Micah Parsons and Jabril Cox, as well as Keanu Neal this year. But, before that, he was a shining star for Dallas. Smith made the Pro Bowl in 2019, and his 154 tackles last season finished behind only the Texans’ Zach Cunningham. And, through four games this year, Pro Football Focus has him slotted as a top-15 linebacker.

The Notre Dame product figures to play a key role in Green Bay’s defense, alongside fellow 2016 draftee De’Vondre Campbell. As of this writing, the Packers’ ranks 25th in yards allowed per game and 16th in points allowed. Smith will try and help the cause starting Sunday when the Packers face the Bengals.