The Lions have signed wide receiver Darius Jennings, per a club announcement. In a related move, center Drake Jackson has been waived. 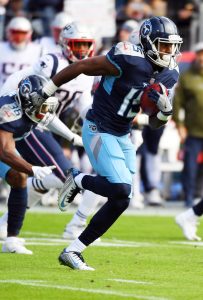 Jennings entered the league as an undrafted free agent with the Browns back in 2015. After starting out on the practice squad, the Virginia product earned his promotion. he caught 14 passes for 117 yards in four games, showcasing speed and potential for GMs around the league.

The next couple of years were spent on various practice squads before he resurfaced with the Titans in 2018. Operating as Tennessee’s kick returner that season, he took kick 94 yards and all the way to the house. His 31.7 yards per return average led the league in ’18, but the Titans jockeyed him on and off the roster in ’19.

Jennings, 29, was set to play with the Chargers last year but that deal didn’t last. If he sees the field in Detroit, it’ll mark his first live action since 2019.

END_OF_DOCUMENT_TOKEN_TO_BE_REPLACED 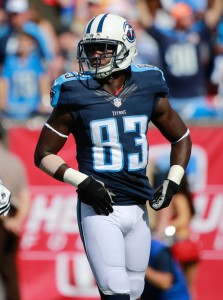