SATURDAY, 5:35pm: Washington activated the ninth-year veteran and seventh-year Redskins starter in advance of their Week 14 game, Mike Jones of the Washington Post reports (on Twitter). He’s expected to serve as the backup behind Sullivan against the Eagles. To make room for Lichtensteiger’s return, the team cut defensive lineman A.J. Francis, per Jones. 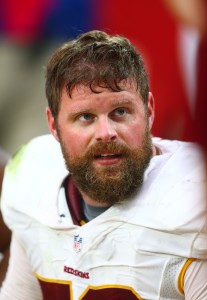 WEDNESDAY, 12:20pm: The Redskins announced that Kory Lichtensteiger will return from injured reserve. In related news, cornerback Dashaun Phillips has been signed to the practice squad.

Lichtensteiger was placed on IR in September after suffering a calf injury. That was a tough blow for a Redskins team that was already thin at the center position. When he went down, Washington turned to Spencer Long and added veteran John Sullivan as a backup. So far, Long has done a decent job, ranking as Pro Football Focus’ No. 21 center out of 37 qualified players. Sullivan, with just 43 total snaps, is not among those qualifying players, but he has a similar grade in his smaller sample size. Ditto for Lichtensteiger, who has 159 snaps on the year.

Phillips started the year as the Redskins’ primary nickel cornerback. Earlier this week, he was released, but he’s now on call in case a spot opens up again in D.C.

The Redskins announced that they have released cornerback Dashaun Phillips. The move will make room for the return of Trent Williams to the 53-man roster, Mike Jones of The Washington Post tweets. 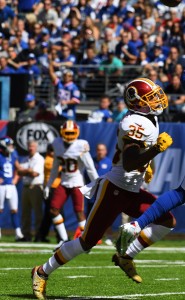 Phillips started the year as the Redskins’ primary nickel cornerback. Eventually, he fell out of favor, got cut, and was signed to the practice squad. He was promoted to the taxi squad late last week, but his latest 53-man run did not last long. He was a healthy scratch against Arizona on Sunday.

Williams received a four-game ban in November for missing a drug test. That was a huge hit for the Redskins as Williams is ranked as Pro Football Focus’ top tackle in the NFL this season. After the suspension was announced, Williams accused the union of not following the proper protocol with regards to his situation. 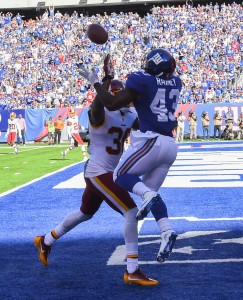