The Titans have signed safety Kendrick Lewis, according to a team press release. In a related move, the Titans released linebacker Denzel Johnson. 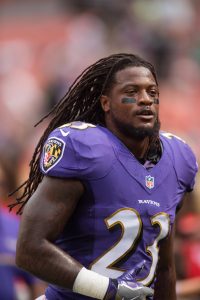 Lewis was out of football in 2017 but he offers a great deal of starting experience over the years. Out of 90 career games with the Chiefs, Texans, and Ravens, the safety was first-string for 81 of those contests.

Lewis turned in a standout season in 2014 with Houston as he finished the year with 84 tackles, six passes defended, three forced fumbles, and two interceptions. His 2015 with Baltimore wasn’t too shabby either. In 2016, unfortunately, he only saw time in six games as a reserve and was limited due to injury.

It was a quiet offseason for Lewis up until his deal with the Titans. His only other previously reported workout came with the Saints in January and he left New Orleans without a deal.

Lewis, who has nine career interceptions, will look to make the Titans’ final cut. By the sound of it, Lewis is probably playing on a one-year deal with little or no guarantees.