The Saints’ season is officially in the books, which means that it’s on to the offseason for New Orleans. To kick things off, the Saints signed the following six practice squad players to reserve/futures deals:

Barrett has been jockeyed on and off of the Saints’ practice squad all year. Over the weekend, Barrett was signed to the Saints’ taxi squad for the 13th time this season. In total, he was involved in a whopping 25 transactions during the 2018 campaign and was released 12 times. Barrett frequently switched placed with wide receiver Paul Turner, but there’s no word yet on whether Turner will be retained via a futures contract.

Sankey, 25 in October, appeared in six games for the Colts last season. This year, he did not see live action for the Saints, but he was on the scout team for most of the year.

Wozniak, a tight end at the University of Minnesota, was signed as a UDFA last year. The Saints moved the 6’10” prospect over to offensive tackle and they’re hoping he’ll be able to use his size and length to his advantage. 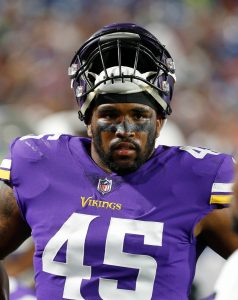