Saints quarterback/athlete Taysom Hill has been the center of quite a bit of early offseason buzz. While the free-agent quarterback class is highlighted by the likes of Tom Brady and Drew Brees, a third-string quarterback, who threw just 14 passes last season, has dominated conversations. Hill has sparked a fervent debate around whether he has a future as a franchise quarterback, or is just a valuable weapon to deploy in certain packages. In an in-depth look at the situation, Katherine Terrell of The Athletic, dives into his circumstances and makes the case for Hill.

Here are some more quarterback notes from around the league:

On Wednesday night, a local Detroit TV station reported that the Lions have been discussing a Matthew Stafford trade for the past few weeks. Early Thursday morning, GM Bob Quinn issued a strong denial. 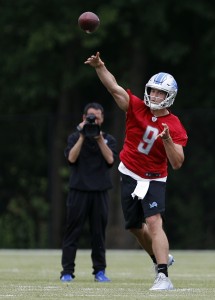 “100% False!!” Quinn wrote in a text message to Dave Birkett of the Detroit Free Press.

After a 3-12-1 season, the Lions figure to make plenty of changes this offseason. Those changes apparently won’t include the departure of Stafford, who has been their starter for the past eleven seasons. Even if the Lions did want to move on, Stafford’s contract would be an impediment. Thanks to his lucrative deal, and a restructuring of the pact late last year, a trade or release would result in a $32MM dead money hit against the 2020 cap. Instead, Stafford will stay put and count for a $21.3MM charge.

It was a trying year for Stafford, who saw his streak of 136 consecutive starts come to a halt in November. Even with fractured bones in his back, Stafford tried and hoped for a quick recovery that would allow him to retake the field last season. That didn’t happen – his season ended after eight starts, nearly 2,500 passing yards and 19 touchdowns against five interceptions.

Now 32, Stafford still profiles as a veteran QB who can help the team win. His presence won’t preclude the team from exploring passers in the draft, either. The Lions hold the No. 3 pick, which should give them the opportunity to select anyone not named Joe Burrow. Alabama’s Tua Tagovailoa, for example, figures to be available. Given his serious hip injury, it would make perfect sense for Stafford to operate as the team’s starter while Tagovailoa works his way back to full strength. Same goes for Justin Herbert or any rookie QB in need of seasoning.

Or, instead, the Lions could parlay their No. 3 pick into a host of picks to address multiple holes. If the Bengals stand pat at No. 1 and take Burrow, and the Redskins keep their No. 2 pick to select Chase Young, the Lions would be in a great position to trade with another team desperate to land their QB of choice while he’s still up for grabs.

The Packers carved out some future cap room on Friday, with some help from Aaron Rodgers. The quarterback agreed to convert $14.26MM of his $19.5MM roster bonus into a signing bonus, which allows the club to prorate the hit over five seasons, including 2019 (Twitter link via ESPN.com’s Field Yates).

It’s a common move in the NFL – Yates notes that the Lions recently agreed to a similar adjustment with Matthew Stafford‘s 2020 roster bonus, which was slated to count for $6MM against the cap.

Rodgers is signed through the 2023 season thanks to the four-year, $134MM extension he inked with the Packers just prior to the 2018 season. Before the deal was revised, his contract was slated to count for more than 16% of the Packers cap next year.

With a little extra breathing room, the Packers will have more dollars to fortify their roster on the open market and retain key players, including right tackle Bryan Bulaga and defensive tackle Kenny Clark.

The Lions have placed Matthew Stafford on IR. With that, the quarterback’s season is officially over. 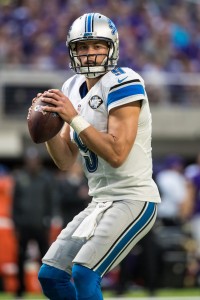 Meanwhile, the Lions have sagged to a 3-10-1 record. There was little sense in jeopardizing Stafford’s health in the final games of the season, so the move to IR was widely expected, even as Stafford pushed for a return.

“Because this is what I do,” Stafford said in November, when asked why he wants to play this year. “I understand your question, but this is what I love to do. I love playing football. I appreciate all the hard work that all the guys in this locker room and in this organization put into going out there and trying to win games on Sunday and I love being a part of that.”

Stafford will be back out there in 2020, when he continues on his five-year, $135MM deal with the Lions. Stafford is tied to the club through 2022 and will count for a $31.5MM cap figure next season.

The Eric Ebron story took another twist this week, as his camp responded to the recent reports of disconnect between the tight end and the Colts. Soon after Ebron was placed on injured reserve with an ankle injury, we heard that the Colts weren’t too happy with how everything played out. Indy’s head coach Frank Reich seemed to dispute Ebron’s account that the team was well-aware of his ankle issue, and said he had no idea anything was wrong. Ebron’s camp is now pushing back, with a source close to the UNC product telling Ian Rapoport of NFL Network that Reich “should not have been surprised” (Twitter link).

The source added that Ebron informed the Colts of his ankle issue prior to the season, and that he “took toradol shots for the injury before almost every game he played.” The implication from Indianapolis seemed to be that Ebron was essentially choosing to save himself for his impending free agency, and his camp obviously isn’t pleased with that narrative. As Stephen Holder of The Athletic summarizes in a tweet, this means that Reich is either “blatantly lying when he said he was blind sided,” or Ebron “was able to practice most of the season on a terribly painful ankle.” It’ll be interesting to see if this under the radar controversy impacts Ebron’s market this spring. The tenth overall pick of the 2014 draft had a huge first year in Indy, but had been a bit of a disappointment this season before going on IR. Given the sudden animosity between the two sides, it seems likely that he isn’t back with the Colts in 2020.

Lions quarterback David Blough is expected to make his first career start tomorrow in place of Jeff Driskel, a source tells Jeremy Fowler of ESPN. Driskel is not expected to be able to play through a hamstring injury that’s been causing him problems.

Blough will be the third different player to start under center for the Lions. Driskel stepped in for franchise quarterback Matthew Stafford when he went down with an injury of his own. The Lions do not have another quarterback on their roster, which means tight end (and collegiate quarterback) Logan Thomas will serve as the team’s emergency backup.

An undrafted free agent out of Purdue, Blough, originally signed with the Browns. However, as roster cuts approached, the Lions agreed to swap conditional draft picks in exchange for the rookie signalcaller. Unlike Driskel, Blough is not a mobile quarterback (he ran a 4.9 40-yard dash during the draft process), and will have to rely on his skills as a pocket passer to take down the Bears.

In his first career start, Blough will be going up against one of the better defenses in football (Bears) on one of the biggest stages of the year (Thanksgiving). The pressure and bright lights will be on and he will get a chance to make an impression.

Although reports on Sunday indicated Matthew Stafford could miss six more weeks while dealing with fractured bones in his back, the veteran Lions quarterback says he’d still like to return this season, according to Tim Twentyman of DetroitLions.com.

“Because this is what I do,” Stafford said when asked why he wants to play this year. “I understand your question, but this is what I love to do. I love playing football. I appreciate all the hard work that all the guys in this locker room and in this organization put into going out there and trying to win games on Sunday and I love being a part of that.”

Depending on how his recovery goes, Stafford could potentially be available for a game or two at the end of the regular season. Sitting at 3-6-1 and last place in the NFC North, Detroit has less than a 1% chance of earning a playoff berth, per FiveThirtyEight.com, so it seems unlikely the Lions’ decision-makers would allow Stafford to return to the field with nothing on the line.