Colts tackle Antonio Garcia has been suspended for the first four games of season for a violation of the league’s policy on performance-enhancing substances, according to a team announcement. The ban will cost Garcia a month’s worth of game checks and may cost him his spot on the team. 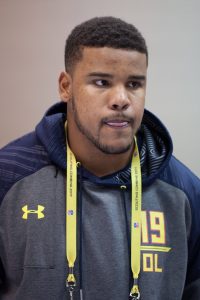 The former Patriots third-round pick has yet to find his footing in the NFL. He missed all of 2017 on the NFI list after being diagnosed with blood clots in his lungs and lost 40 pounds while sidelined. The Jets claimed him off waivers in May of 2018, but he missed the club’s final cut. The Colts added him to the practice squad before Halloween 2018 and gave him an extended look with a reserve/future deal in January.

Garcia is still looking to make his true NFL debut, but it won’t happen any sooner than October.