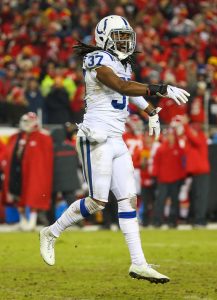 On Monday, the Falcons announced the signing of safety J.J. Wilcox to a one-year deal. Wilcox, 28, played for both the Colts and Jets in 2018.

Wilcox hooked on with the Jets in June of last year and appeared in five games before being released in October. Later on, he saw time in two regular season games with the Colts, plus one playoff contest.

His most notable run came with the Cowboys, where he started 38 games as a safety and recorded 212 tackles, 15 pass defenses, five interceptions, and three fumble recoveries across four seasons.

This year, the Falcons will return safeties Ricardo Allen, Keanu Neal, Damontae Kazee, and Sharrod Neasman. They’ve also added Chris Cooper and Afolabi Laguda, but Wilcox will fight for his spot and playing time in camp. 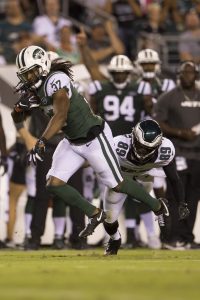 Woods, 31, left the Titans in March of 2017 to sign with their divisional rival. This is the final year of his two-year, $5MM deal, so it’s possible that he has played his final game for Indianapolis. Before the foot injury, Woods appeared in all 14 games (eight starts) for the Colts and tallied 24 tackles, a tackle for loss, and one pass defensed.

If the Colts can top the Giants and Titans in the next two weeks, they’re nearly guaranteed a spot in the postseason. These injuries may thin out their defense a bit, but they’re still one of the hottest teams in the league at this juncture.