Patriots running back Sony Michel missed the team’s minicamp following arthroscopic surgery on his knee. He is “progressing quickly” in his recovery and is reportedly running at “full tilt,” the NFL Network’s Mike Girardi tweets.

That’s a good sign for the second-year back, who sounds like he is on track to return to action when the team opens training camp in July.

A first-round pick in 2018, Michel impressed in his rookie campaign with 931 rushing yards and six touchdowns. He turned it up a notch in the postseason, adding another six rushing scores in New England’s run to a Super Bowl title.

Even if the Georgia product misses a little time, the Patriots should still be in good hands in the backfield. The team still boast James White and added Damien Harris, a running back from Alabama, in the draft in April. 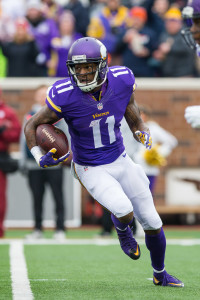