It sounds like one of the Lions’ key special teamers suffered a season-ending injury on Friday night. NFL.com’s Ian Rapoport reports (via Twitter) that the organization is fearing that linebacker Steve Longa tore his ACL. The 23-year-old was seen wearing a “bulky brace” following the game, and he’s set to undergo an MRI to determine the severity of the injury. 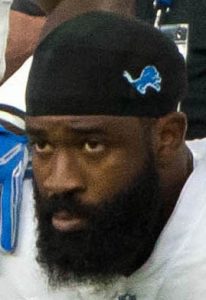 Longa reportedly went down on a non-contact play during the third quarter of last night’s contest. If the defender is indeed out for the year, it’d be a tough break for a player who has seemingly moved up the depth chart. The former undrafted free agent out of Rutgers compiled 13 tackles in 15 games last season, mostly serving on special teams.

However, it sounded like the team had bigger plans for Longa in 2018. He was working as the Lions’ second-team middle linebacker behind former first-rounder Jarrad Davis, and he even earned some praise from head coach Matt Patricia.

“I really think he’s made great improvements,” Patricia said (via Art Stapleton of NorthJersey.com). “He’s a very instinctual football player, which is probably what helps him on special teams. There’s a lot of feel there that goes into special teams because of the space and dynamic of the play. And then to squeeze that down into the defense, and really understand where the ball’s going, how the fits work and the scheme offensively, how that affects your defense – it’s something I think he’s improved greatly at.”

If Longa misses the entire season, Darnell Sankey would likely move up on the middle linebacker depth chart. The Lions could also give a look at Christian Jones, Jonathan Freeny, Cam Johnson, and Trevor Bates.