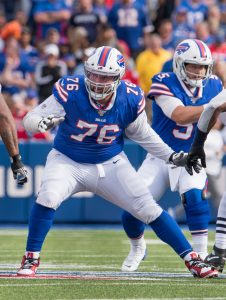 The Bills have re-signed linebacker Deon Lacey to a one-year contract, as Mike Rodak of ESPN.com tweets. The team also confirmed the move via press release. Lacey was scheduled to become an exclusive-rights free agent, so the deal doesn’t mean a whole lot on its own. However, the Bills have made a concerted effort to re-sign their own free agents in recent weeks. After inking Lacey to a new deal for 2019, the Bills have only a handful of free agents left to address:

Earlier this month, the Bills signed Lorenzo Alexander to a new one-year deal, inked offensive lineman Jeremiah Sirles to a fresh one-year pact, and locked down long snapper Reid Ferguson. By the time March 13 rolls around, the Bills should have a simplified to-do list that will allow them to focus mostly on the open market and the April draft.