The Dolphins (perhaps unintentionally) became the first team to publicly wade into the national anthem protest debate, as the club listed “proper anthem conduct” as a section under actions considered “conduct detrimental to the club,” reports Rob Maadi of the Associated Press. Miami later clarified that the NFL required clubs to stipulate their anthem policy before training camp, so the Dolphins — who open camp on Friday — were forced to list their policy somewhere. Now that the NFL and NFLPA have announced the league’s anthem stance, which would have fined the clubs of players who did not “show respect” while the anthem was performed, is on hold for the time being, the Dolphins’ actions won’t have much of an effect.

The Jets are expected to sign former Mississippi State safety Brandon Bryant, a source tells Tom Pelissero of NFL.com (on Twitter). Bryant wasn’t selected in Wednesday’s supplemental draft, clearing the way for him to sign with Gang Green.

The team announced the signing Monday. 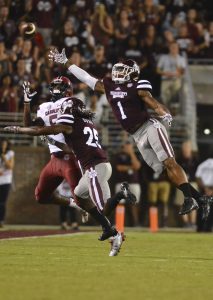 Bryant has been praised for his high-end athleticism, but he didn’t set the world on fire at his pro day. Still, he ran a 40-yard-dash in the 4.4-second range for teams and he’s viewed as someone who could be a special teams contributor right off the bat.

In a recent scouting report, Tony Pauline of DraftAnalyst.com praised Bryant’s “huge upside” and ability to take off in every direction. While he moves well laterally and effectively covers receivers on crossing patterns, Pauline was less effusive in his evaluation of Bryant’s physicality and sense of urgency.

As a freshman, Bryant totaled 63 tackles, three interceptions, and six pass breakups. He has not been able to reprise that performance since then, however, and off-the-field troubles have hurt his stock in recent months. Bryant was arrested and charged for a DUI in January of last year and was declared academically ineligible for this season, prompting him to go pro.

The Jets will start Jamal Adams and Marcus Maye at safety and project to have Terrence Brooks and J.J. Wilcox as their top backups while Rontez Miles heals up from a knee injury. Bryant will work to crack the roster in the coming weeks, and, if he succeeds, he could displace Appalachian State product Doug Middleton.

Mississippi State defensive back Brandon Bryant was not selected in Wednesday’s supplemental draft. That means Bryant is now a free agent and eligible to sign with any club. 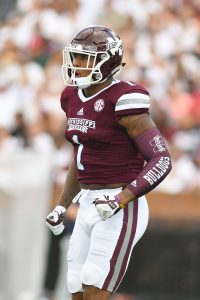 Prior to Wednesday, it was reported that Bryant was in the mix for one of the draft’s final rounds. However, all 32 teams passed on a chance to take him.

As expected, Western Michigan cornerback Sam Beal was the first player off the board when the Giants selected him in the third round. Then, in the sixth round, the Redskins took Virginia Tech’s Adonis Alexander. That leaves the other entrants – Bryant, Oregon State linebacker Bright Ugwoegbu, and Grand Valley State running back Martayveus Carter – eligible to sign with any team.

It’s not clear if Ugwoegbu or Carter will draw interest from clubs, but it’s likely that Bryant will sign somewhere in the coming days. Although Bryant did not meet expectations at his pro day, he has explosive athleticism that could translate into success at the next level.

The NFL’s supplemental draft will take place on Wednesday and the football world is buzzing about former Western Michigan cornerback Sam Beal. One scouting analysts for ESPN believes that he is worthy of a second-round grade in terms of talent.

“I think he’s going to be a starter within three years for whatever team drafts him,” ESPN.com’s Steve Muench said, “and a really good starter at that. You have someone with that frame and those skills, and that’s what teams look for.”

Beal offers good size for the cornerback position at 6’1″ and ran a 4.47-second 40-yard-dash during a recent workout. He is widely projected to go within the first three rounds, becoming the first player taken in the supplemental draft in years.

Here’s more on Beal and the other entrants in the supplemental draft:

This year’s supplemental draft figures to be the most exciting in years. Those who have been keeping up with Pro Football Rumors in recent weeks are already familiar with Sam Beal, the former Western Michigan cornerback who many say could have been a first-round pick in the 2019 draft. Besides Beal, there’s also former Virginia Tech cornerback Adonis Alexander to consider, a player with tremendous measurables and real NFL upside. 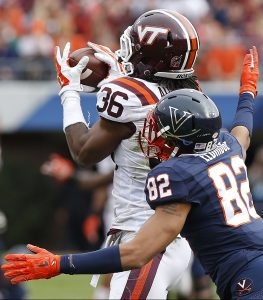 There are others in this year’s class, but Albert Breer of The MMQB hears that Beal and Alexander may wind up as the only players selected. That’s bad news for Mississippi State safety Brandon Bryant, who recently drew 40 scouts to his pro day.

“He’s a nightmare discipline-wise,” one AFC college director said. “Very unreliable, plays outside the scheme, not reliable in coverage, his eyes are all over the place. Just can’t trust him. He’s physical and quick and fast. Should he be draftable? Sure. But with all the other stuff …”

The odds seem even dimmer for Oregon State linebacker Bright Ugwoegbu and Grand Valley State running back Martayveus Carter. Although he has some starting experience in college, Ugwoegbu has the size of the safety and clocked in at his pro day with the speed of a defensive tackle. Carter’s size is also working against him as evaluators feel he does not have the necessary bulk to break tackles and run inside at the pro level.

So, while Bryant, Ugwoegbu, and Carter may have a hard time convincing teams to forfeit a 2019 draft pick for them, it sounds like Beal and Alexander are very much on the radar. Beal may have some maturity issues, but that shouldn’t prevent him from finding an NFL home on July 11.

“He’s the more talented cover guy [compared to Alexander],” said an AFC scouting director. “A pure cover guy, fits a lot of schemes. He’s a skinny dude, and even though he presses well, you look at his body, how well does he project? … He’s not a bad guy, just kind of a knucklehead. The kind who’ll wear the wrong color socks or miss curfew or have 25 parking tickets and not pay them off.”

Meanwhile, Breer hears that Alexander’s size could make him a fit for the Seahawks. His 40-yard-dash time at his pro day might not have helped him, as he clocked in at 4.50 seconds on one run and 4.60 on another.

“If he’d run faster, I wouldn’t have been shocked to see him in the second or third round,” said an NFC exec. “I think the absolute highest he’d go now is third round. He’s so big and long.”