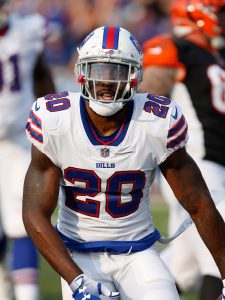 The Saints are releasing safety Kurt Coleman, according to Mike Garafolo of NFL.com (Twitter link). However, the Saints will keep the door open to a potential return later on, Garafolo hears. 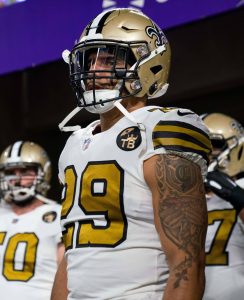 Coleman was due $5.5MM in total compensation this year, a figure that was too high for New Orleans. By cutting him loose, the Saints will save $4MM against the cap with a $3MM dead money hit.

The move leaves the Saints rather thin at safety. The club still has starters Marcus Williams and Vonn Bell under contract, but they have a clear need for backup support. Coleman is out of the picture and Chris Banjo‘s status is up in the air as an unrestricted free agent.

Coleman, 30, had two more years to go on his three-year, $16.35MM deal. It’s safe to assume that his next deal will come in at a much lower average annual value. After starting in every one of his appearances for the Panthers from 2015-2017, Coleman lost his starting job to Bell in 2018 and was first-string for just nine games. All in all, he had 32 tackles and one pass defensed last season.

In previous years, Coleman was extremely effective. In 2015, he reeled in seven interceptions for Carolina. He followed that up with four picks in 2016, plus a career-best 95 tackles.

Despite the Broncos being interested in Kirk Cousins throughout the offseason, they moved on Case Keenum and reached an agreement before the Cousins domino fell. The Broncos, who do not have as much cap space as their top Cousins competitors do, spoke with the quarterback’s representation on Monday but did not submit an official offer, James Palmer of NFL.com reports (on Twitter). The team’s Keenum agreement being at least $18MM represented a significant discount from Cousins’ near-$30MM-AAV deal — one expected to be with the Vikings. Despite Cousins having proven more than Keenum, Broncos brass moved quickly on this agreement and was on the same page about the belated breakout passer. Palmer reports that went a long way toward completing this deal. Gary Kubiak is currently serving as a top Broncos front office bastion. Kubiak initially brought Keenum into the NFL as a UDFA while serving as Texans HC.

Here’s more from Denver and elsewhere around the league on Day 2 of pre-free agency.

The Saints added some reinforcement at safety overnight. Following a meeting earlier this week, the team has signed former Panthers defensive back Kurt Coleman, reports Nick Underhill of The Advocate (via Twitter). Underhill notes (via Twitter) that it’s a three-year deal for Coleman, while NFL.com’s Ian Rapoport adds that the deal is worth $18MM, with $6.5MM due in the first year of the contract. 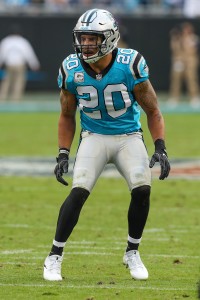 Coleman, a 2010 seventh-round pick out of Ohio State, bounced around the league during his first few years in the NFL. He ultimately landed with the Panthers in 2015, and he proceeded to start 30 games for the organization between 2015 and 2016. During that two-year stretch, Coleman finished each campaign with at least 90 tackles, seven passes defended, and four interceptions. However, the 29-year-old took a bit of a step back in 2017, compiling 76 tackles, three passes defended, and zero interceptions. These numbers ultimately earned him a bottom-10 safety ranking according to Pro Football Focus.

Despite the struggles, Coleman should still get an opportunity to play next season in New Orleans. The Saints aren’t expected to re-sign defensive back Kenny Vaccaro, meaning Coleman could play plenty in the team’s three-safety sets. He’ll ultimately compete with Vonn Bell and Marcus Williams for playing time, but there should be more than enough snaps for the trio.

The Saints weren’t the only team to express interest in the veteran safety. According to ESPN’s Katherine Terrell (via Twitter), the Bengals also offered Coleman a three-year deal.

The Bengals took a meeting with free agent safety Kurt Coleman at the combine earlier tonight, reports Katherine Terrell of ESPN.com. Cincinnati becomes the known club to have visited with Coleman, joining New Orleans on the list of teams with interest in the veteran defensive back.

Coleman could join the Bengals as a third safety (the club has used player such as Chris Crocker or Josh Shaw in that role in recent seasons), but it’s not out of the question Cincinnati could install Coleman as a starter and cut one its incumbent safeties. George Iloka and Shawn Williams each offered league-average production in the Bengals’ defensive backfield in 2017, and the team could create cap space — $4.4MM for Iloka, $2.872MM for Willams — by cutting either.

More likely though, Coleman would offer depth for Cincinnati, as his performance last season wasn’t indicative of a starting caliber performer. Coleman was productive for the Panthers in 2015-16, so much through that Carolina gave him an extension that was to lock him up 2019. But Coleman struggled in 2017, and the Panthers opted to open up $2.65MM in cap room by parting ways with the 29-year-old.

Kurt Coleman was released by the Panthers on Monday, but he’s already lined up a meeting with another NFC South club. Coleman met with a Saints contingent in Indianapolis today, according to Josh Katzenstein of NOLA.com, who adds (via Twitter) Coleman is expected to visit with multiple teams while at the combine. 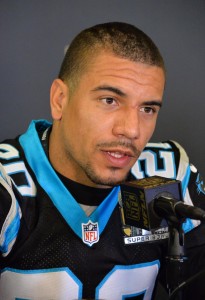 The Saints — who have historically played a good deal of three-safety looks — aren’t expected to re-sign defensive back Kenny Vaccaro, so Coleman would give New Orleans another option to play in sub packages. He’d also add experience and leadership to a safety group that includes young starter Vonn Bell and Marcus Williams, each of whom entered the league within the past two years.

Coleman, 29, was a solid starter for Carolina in 2015-16, but struggled last season, grading as a bottom-10 safety per Pro Football Focus. That performance wasn’t enough for Coleman to keep his job, especially given that he was scheduled to count for $5.15MM on the Panthers’ salary cap in 2018.