The Bears acquired some depth on the defensive line today, signing former first-round pick Taco Charlton from the Saints practice squad, according to Brad Biggs of the Chicago Tribune. Additionally, the Bears activated linebacker Matthew Adams from injured reserve.

Charlton has had a rollercoaster of a career through six seasons. He’s coming off of a down season in Pittsburgh where the Steelers barely used him. As a rotational pass rusher, Charlton only played more than half of the team’s defensive snaps twice in the season. In his lone start, he earned his only half-sack and a quarterback hit. In the only other game that saw him play more than half the Steelers’ snaps, he recorded his only other quarterback hit of the season.

Charlton hasn’t played a full season since his rookie year for the Cowboys in 2017. Since then, injuries and inactive periods for other non-disclosed reasons have kept him off the field for weeks at a time. He signed with the Saints early in the offseason but was cut and signed to the practice squad at the roster cut deadline.

Adams is a reserve linebacker and core special teamer for the Bears. He was placed on IR after suffering a calf injury in the team’s Week 5 loss to the Vikings. His return adds some depth to the linebacking position behind starters Jack Sanborn, Joe Thomas, and Nicholas Morrow.

To make room for Charlton on the active roster, Chicago released linebacker A.J. Klein with a non-injury settlement agreement, according to Aaron Wilson of Pro Football Network. Klein was acquired in the trade that sent star linebacker Roquan Smith to Baltimore. Klein appeared in each of the Bears’ last two games, playing sparsely on special teams. His departure is quickly remedied by the return of Adams.

Bears linebacker Matthew Adams was arrested earlier this week. According to Patrick Finley and David Struett of the Chicago Sun Times, Adams was arrested on Thursday night in Chicago and charged with “misdemeanor illegal gun possession and possession of a high-capacity magazine and metal-piercing bullets.” 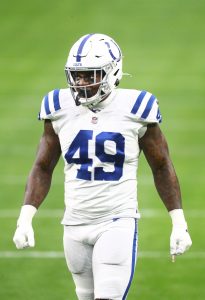 According to the report, police were investigating a car that was reported stolen. Adams was spotted near the vehicle and later told police the car was his. Following a search, the guns were found.

Per Finley and Struett, possession of a high-capacity magazine and metal-piercing bullets is “municipal code violation” in Chicago. Adams has a license for the guns that isn’t usable in Illinois. He has a court hearing on August 24.

“Earlier this morning, we were made aware of an incident involving the arrest of Bears linebacker Matthew Adams,” the team said in a statement yesterday morning (via ESPN’s Courtney Cronin on Twitter). “We are in the process of gathering more information. We will refrain from making any further comment at this time.”

Adams was a seventh-round pick by the Colts in 2018, and he ended up spending four seasons in Indy. He eventually settled into a special teams role, and he collected 55 tackles across 58 regular season contests. He inked a one-year deal with Chicago this offseason, following former Colts defensive coordinator (and current Bears head coach) Matt Eberflus. As the Sun Times points out, this is the second Bears acquisition to get arrested this offseason; receiver Byron Pringle (who has a connection to new Bears GM Ryan Poles) was arrested in February for “reckless driving and driving with a suspended license.”

Despite his final-round draft status, Adams played four seasons with the Colts — all during Eberflus’ defensive coordinator stay — and served as a defensive part-timer and near-full-time special teams contributor. Adams joins defensive lineman Al-Quadin Muhammad as ex-Colt defenders to commit to Chicago since Eberflus’ HC hire.

Part of the 2018 draft class that sent Quenton Nelson, Darius Leonard, Braden Smith and Nyheim Hines to the Colts, Adams played 58 games for the team. The Colts used the ex-Houston Cougar as a nine-game starter over his first two seasons but kept him strictly on special teams from 2020-21. Adams played 79% of Indianapolis’ special teams plays in 2021, making 10 tackles. 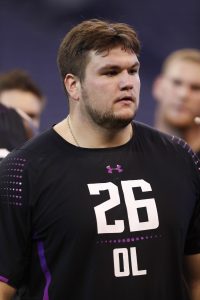