Jared Abbrederis will not seek NFL employment in 2018. The former Packers wide receiver took to Twitter on Saturday to announce his retirement. 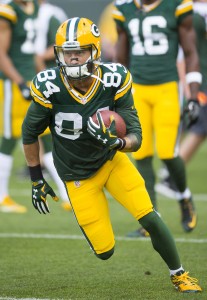 “As fun as the ride has been, my time has come to hang up the cleats and to start the next chapter of my life,” Abbrederis wrote. “To grow up in Wisconsin, walk on for the Badgers, and get drafted by the Packers has been such an amazing journey. As a four-year-old I had dreams of playing in the NFL for the Green Bay Packers, however, I never thought that 20 years later I would actually be living out those dreams!”

Abbrederis is only 27, but he is walking away from the game after suffering multiple injuries on the field. While in Green Bay, suffered a torn ACL and missed his entire rookie season. In the following year, he missed a good chunk of time with a concussion and rib injuries. In 2017, which turned out to be his final NFL season, he suited up in seven games for the Lions. Abbrederis had three grabs for 44 yards on the year.

It’s not immediately clear what Abbrederis has planned next or whether it will involve football.

Free agent linebacker Daryl Washington says that he has been in conversations with a few clubs, though he hopes to land with his “hometown team,” the Cowboys (Twitter link via SiriusXM). In an interview on Wednesday, Washington made a case for why the Cowboys should sign him. It’s not clear if Dallas has real interest in the linebacker, particularly since he has not played a down of football since 2013. On the flipside, he was a Pro Bowl caliber player when he was at his best in Arizona.

More on Dallas and a few other NFC clubs:

The Packers waived wide receiver Jared Abbrederis from injured reserve with an injury settlement today as Adam Caplan of ESPN.com tweets. Abbrederis was placed on IR just three days ago.

If Abbrederis isn’t claimed by another club, he’ll become a free agent and will be allowed to sign immediately. Conceivably, he could re-sign with the Packers, but only after a duration of three weeks plus the length of the injury settlement. According to Tom Silverstein of the Milwaukee Journal Sentinel, Abbrederis’ thigh contusion will take roughly two weeks to heal. At that point, he can begin auditioning for teams in an attempt to land a new contract.

Abbrederis, a 2014 fifth-round pick, was never able to garner much action as a member of Green Bay’s receiving corps. During his time with the Packers, the 25-year-old only appeared in 18 games, posting 10 receptions for 119 yards. As Jason Wilde of ESPN.com tweets, Abbrederis may have been held in higher regard by Aaron Rodgers and head coach Mike McCarthy than by general manager Ted Thompson and the rest of the Green Bay front office.

Packers’ Damarious Randall To Have Surgery

Bad news for the Packers as cornerback Damarious Randall underwent surgery over the weekend to repair a groin injury, as Rob Demovsky of ESPN.com writes. After going under the knife, Randall will be out for several weeks. 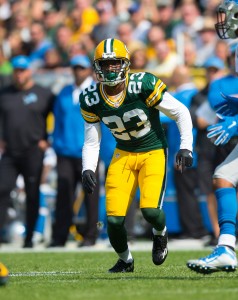 An exact timetable for his return is not yet known. However, the surgery is not expected to be season-ending for the 2015 first-round pick. Had they lost Randall for the year, the Packers would have been in some serious trouble. Already, they have been forced to place Sam Shields on IR with concussion symptoms while Quinten Rollins is dealing with a groin injury of his own (though, Rollins’ injury is believed to be less serious).

The injuries have left Green Bay with LaDarius Gunter and Demetri Goodson as their top cornerbacks. With any luck, the Packers will get Rollins back in time for Sunday’s game against the Falcons, but it sounds like they’ll still need reinforcements at the position.

In other Packers injury news, safety Chris Banjo is headed to the IR with an undisclosed injury, according to Mike Garafolo of NFL.com (on Twitter). Banjo will be healthy in three or four weeks, but the team wanted to free up a roster spot so that they could properly address their issues at cornerback.

Wide receiver Jared Abbrederis is also headed to IR with a thigh contusion, as Tom Silverstein of the Journal Sentinel tweets.