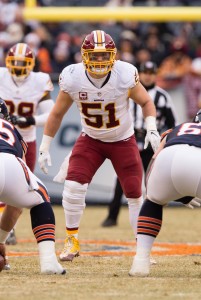 The Dolphins placed defensive end Dion Jordan on the reserve/non-football injury list, as Ian Rapoport of NFL.com tweets. The designation puts him on the shelf for the first six weeks of the season. Linebacker Zach Vigil has also been placed on the NFI list, which brings the Dolphins down to 75 players on the roster. 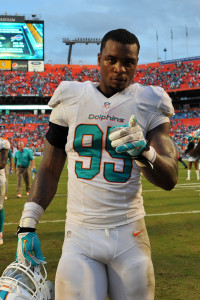 For much of the offseason, the Dolphins were unsure as to whether they’d have Jordan in uniform. When commissioner Roger Goodell reinstated Jordan this summer, there were rumblings of a split in the Dolphins’ front office with regards to Jordan. Some were optimistic about what the former No. 3 overall pick could do. Others were in favor of moving on from Jordan or, at the very least, renegotiating the terms of his deal. Everyone in the Dolphins organization was likely frustrated upon learning that Jordan quietly had surgery on his knee this offseason. When Jordan reported in late July, he failed his physical. He’ll now get some extra time to heal up before taking the field.