END_OF_DOCUMENT_TOKEN_TO_BE_REPLACED

With Richard Sherman lost for the season, the Seahawks are now in the market for a new cornerback. Well, the team is apparently zeroing in on a pair of familiar faces, as Bob Condotta of the Seattle Times reports (via Twitter) that free agent defensive backs Byron Maxwell and Trovon Reed are expected to audition for the team. 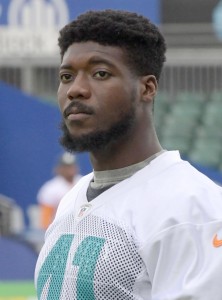 Maxwell, a 2011 sixth-round pick, made a name for himself during his tenure in Seattle. After serving in a backup role during his first two seasons in the league, Maxwell took on more responsibility during the 2013 and 2014 seasons. After starting 12 games and compiling 39 tackles and a pair of interceptions during his final season in Seattle, Maxwell signed a lucrative six-year deal with the Eagles during the 2015 offseason. The veteran has struggled since, as he was traded to the Dolphins after only one season in Philly, and he was eventually released by Miami earlier this season. Since then, the 29-year-old has had a lone workout with the Falcons.

Reed has bounced around the league since going undrafted out of Auburn in 2015. The 26-year-old has had a pair of stints with the Seahawks organization, and he also spent time with the Rams, Dolphins, and Chargers. Reed played in six games (one start) for the Chargers in 2016, compiling 14 tackles, three passes defended, and two interceptions.

With Sherman out and DeShawn Shead sitting on the PUP, the Seahawks are currently rostering only four healthy cornerbacks in Shaquill Griffin, Justin Coleman, Neiko Thorpe, and Jeremy Lane. 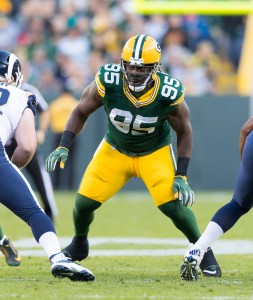