Callahan, an undrafted rookie from Division III Wesley, will now join his third team this month. The Packers previously cut Callahan on Oct. 13, paving the way for the Saints to add him for what amounted to a short-lived stint in New Orleans. The way things have gone under center this year for Cleveland, he could end up on the field at some point.

Injuries have forced the Browns to shuffle through five quarterbacks, the latest being fifth-round rookie Kevin Hogan. He debuted in the Browns’ 31-17 loss to the Bengals on Sunday after fellow rookie Cody Kessler departed with a concussion. Kessler is currently in the NFL’s concussion protocol, meaning it’s unclear whether he’ll be able to play against the Jets on Sunday. Josh McCown, who has missed most of the season with a broken collarbone, could return this week. However, if he and Kessler are out, Hogan and Callahan would be the Browns’ top two signal-callers.

Johnson, whom the Browns chose in the sixth round of last year’s draft, was active for their first seven games this season and picked up one start. He also notched five receptions.

The NFLPA has issued the following statement on Giants kicker Josh Brown, who was placed on the commissioner’s exempt list today following more revelations about his purported domestic abuse: “The NFL has the ability to place a player on the exempt list and the player has the right to appeal that decision, if he chooses. The League office wanted unilateral control of this process and accordingly, their system lacks transparency.” Adam Schefter of ESPN.com (Facebook link) also obtained a copy of the letter the league sent Brown today informing him that he has been placed on the exempt list. 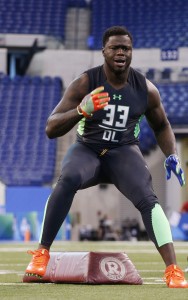