The Chiefs have claimed running back Kelvin Taylor off waivers from the Seahawks, according to Adam Teicher of ESPN.com. 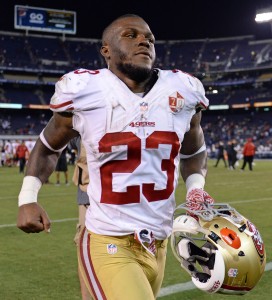 The son of Fred Taylor, the greatest running back in Jaguars history, Kelvin Taylor hit waivers Thursday when Seattle cut him. He spent part of last season on the Seahawks’ practice squad and a week on their active roster, but he didn’t see any game action. Taylor, an ex-Florida Gator, originally went to the 49ers in the sixth round of last year’s draft, but he didn’t advance beyond their practice squad before they cut him in November.

As was the case in both San Francisco and Seattle, Taylor will face an uphill battle in attempting to carve out a role in Kansas City. The Chiefs have no shortage of options at running back, including veterans Spencer Ware, Charcandrick West and C.J. Spiller and rookie third-rounder Kareem Hunt.