After two years back in college, Paul Pasqualoni is returning to the NFL. The Panthers hired the septuagenarian assistant as their defensive line coach Tuesday. Like Matt Rhule, Pasqualoni has spent most of his coaching career at the college level, being best known for his lengthy tenure as Syracuse’s head coach. Pasqualoni and Rhule were each head coaches, the former at UConn and the latter at Temple, in the American Athletic Conference’s debut season (2013). Pasqualoni, 72, resurfaced in the NFL in 2018, when he became Matt Patricia‘s defensive coordinator in Detroit. After Patricia fired him, Pasqualoni spent the past two years as a special assistant at Florida. 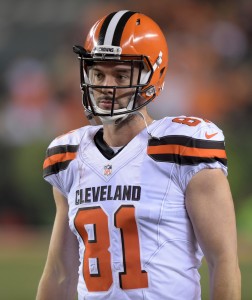 SATURDAY, 8:52am: Dray’s deal with the Bills is for one year and $760K (minimum salary), reports ESPN.com’s Mike Rodak (via Twitter). The reporter was uncertain of any bonuses, but he notes that Dray is likely eligible for the veteran minimum cap benefits.

WEDNESDAY, 2:31pm: The Bills have signed free agent tight end Jim Dray, according to Chris Brown of BuffaloBills.com (on Twitter). Dray visited the team on Wednesday and it didn’t take long for the two sides to reach agreement on a deal. Specific terms of the pact are not yet known.

Dray, who is primarily a blocking tight end, apparently made a good impression on the Bills with his performance for the Browns last season. Cleveland, however, did not feel that he was worth the price tag, and instead opted to cut him in February.

Dray was the Browns’ second tight end behind Gary Barnidge during the 2015 season. While Barnidge flourished, enjoying a career year and earning a contract extension, Dray earned only 16 targets all season. He caught six of them, for 61 yards. Dray was heading into a contract year, so the Browns only had to carry minimal dead money ($300K) on their cap while saving $1.775MM.