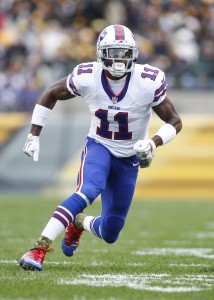 Here are Friday’s minor moves from around the NFL:

In an interview on 105.3 The Fan in Dallas on Tuesday, Cowboys executive vice president Stephen Jones identified the pass rush as his club’s top need heading into the draft, as Drew Davison of the Fort Worth Star-Telegram writes. “Ultimately we want to find a dominant type of pass rusher,” Jones said. “Obviously that’s easier said than done.” If Dallas keeps the No. 4 overall pick rather than moving up or down, top pass rushers like Joey Bosa and DeForest Buckner will likely be available, so it will be interesting to see the club’s approach in the draft.

As teams continue to prepare their rosters for Week 16 games, let’s round up the latest minor transactions from around the NFL….

With Week 8’s slate of games around the corner, NFL teams are getting their rosters ready for their upcoming contests. Here are Wednesday’s minor transactions from around the league: