The Bills announced that they have release wide receiver Walt Powell. Powell was set to come back from suspension after serving a four-game ban to start the year. 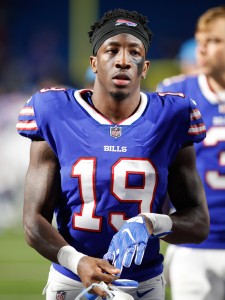 The release is not a great endorsement of Powell’s skill set, particularly since Jordan Matthews is dealing with a thumb injury that will keep him sidelined for at least one month. With Powell out of the picture, Buffalo may look to bump either Malachi Dupre or Brandon Reilly from the taxi squad to fill the void.

Powell first entered the league as a sixth round pick of the Cardinals in 2014. Since then, he has bounced around the league quite a bit including stints with the Jets, Raiders, and Bills (twice). Powell was hoping to bounce back in 2017 after last year’s campaign was cut short by a November ankle injury. He’ll have try and make that happen somewhere else, however.

We heard last week that Jacoby Brissett‘s place on the Patriots‘ roster may not be safe, and Ben Volin of the Boston Globe doubled down on that report this week. Volin reiterated that Brissett’s performance in the spring and in training camp has left much to be desired, and he says it is fair to wonder whether the Patriots refused to deal Jimmy Garoppolo because they believe Garoppolo represents their future, or because they have no faith in Brissett should Tom Brady be forced to miss time (in truth, it is surely some combination of the two). In any event, Volin opines that New England may have to keep Garoppolo next year, even if that means putting the franchise tag on him (at an estimated $25-26MM cost). After all, the team will still be loaded with talent and should be a championship contender in 2018, but a Brady injury could waste all of that talent if the No. 2 QB cannot adequately replace him.

Bills wide receiver/kick returner Walter Powell suspended for the first four games of the season, according to a team announcement. Powell has violated the league’s policy on performance enhancing substances. 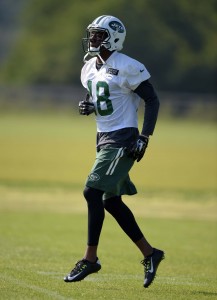 Powell, 25, first entered the league as a sixth round pick of the Cardinals in 2014. Since then, he has bounced around the league quite a bit including stints with the Jets, Raiders, and Bills (twice). Powell was hoping to bounce back in 2017 after last year’s campaign was cut short by a November ankle injury.

The Bills are looking a bit thin at wide receiver, particularly when considering how injury prone top receiver Sammy Watkins is, but Powell still didn’t figure to be a major contributor this season. Although Powell had a chance at making the 53-man roster due to his return acumen, it’s not likely that he’ll make the final cut now. The Bills have several other receivers under contract, including free agent additions Corey Brown, Andre Holmes, Rod Streater, and Jeremy Butler.

Friday’s minor transactions from around the NFL: