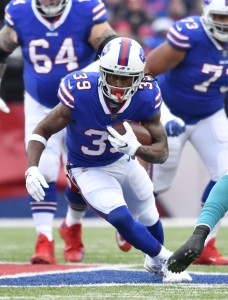 Christian McCaffrey has completely monopolized the backfield touches for the Panthers, so there wasn’t much of a need for Anderson anymore. The moves today signal that the team has complete confidence in McCaffrey, and will continue feeding him a large volume of touches. Anderson had reportedly been expecting a larger role, so the team released him when he wasn’t getting much playing time. There will be no such expectation from Cadet, and he should slide in immediately as the number two.

Cameron Artis-Payne was the only running back left behind McCaffrey after the waiving of Anderson, so it makes sense why they’d be looking for help. Cadet spent the first five seasons of his career with the Saints, before latching on with the Bills in 2017. The Bills released him at final cuts this year, and he recently worked out for the Raiders.

Cadet is more of a passing-downs back than a between the tackles runner, and he had a couple of productive seasons catching the ball in New Orleans. In 2016 he caught 40 passes for 281 yards and four touchdowns, and also contributes on special teams.

Bills RB Travaris Cadet Out For The Season

The Bills are still alive in the playoff race, but will be without backup running back Travaris Cadet for the rest of the season because of a dislocated ankle he suffered vs. the Patriots, reports Aaron Wilson of the Houston Chronicle (Twitter link).

Wilson adds that the 28-year-old will have is ankle reset on Wednesday and should be on track to make a full recovery in 12 weeks. The former undrafted free agent had carved out a bit of a role in Buffalo as the change of pace back when LeSean McCoy was off the field. Cadet was cut by the Jets back in October, but quickly caught on with division rival Bills for the past six games.

In his sixth season in the league, Cadet caught 16 balls for over 100 yards, while also averaging over four yards per carry during his time in Buffalo.

Without Cadet, head coach Sean McDermott will likely rely even McCoy even more to create offense out of the backfield in Week 17. Veteran running back Mike Tolbert is the only backup at the position on the roster, so expect the Bills to either promote practice squad running back Marcus Murphy or bring in a free agent to provide some depth in the backfield.

Buffalo must win on the road in Miami next week to keep their playoff hopes alive. Though they also need some help from the likes of the Ravens, Titans and Chargers. 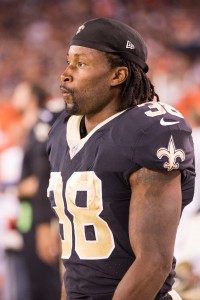